Shane Watson, during a podcast, shared his favourite highlights from Rahul Dravid's career. 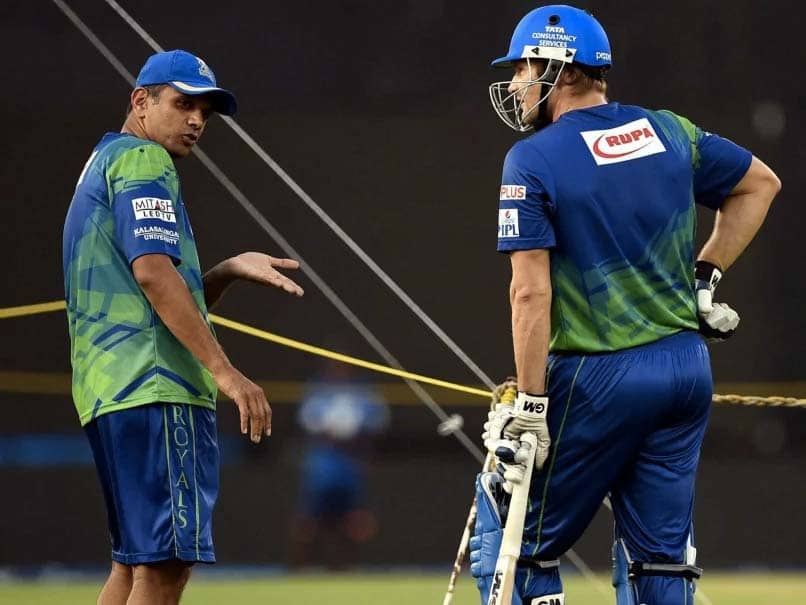 Rahul Dravid and Shane Watson had played together for Rajasthan Royals in the IPL.© PTI

Former Australian all-rounder Shane Watson took to Twitter to praise legendary Indian batsman Rahul Dravid. In his latest tweet, Shane Watson wrote, "Rahul Dravid is the most genuine and sweet guy anyone could ever meet. And he was a dominant force in world cricket to go with it.... The Ultimate!!! I hope everyone enjoys his amazing insights". Shane Watson interviewed Rahul Dravid on his podcast "Lessons Learnt with the Greats". Shane Watson during the chat shared his personal favourite highlights from Rahul Dravid's career and said, "No Aussie would ever forget the innings in the second Test at Kolkata where Rahul Dravid and VVS Laxman just batted forever". "Rahul Dravid batted for over 7 hours and finished with 180 runs".

Shane Watson shared another one of his favourite highlights from Rahul Dravid's career and said, "My second highlight of Rahul is no doubt his 233 against Australia in Adelaide in 2003.

"I remember watching that innings and being in total awe to be able to see an overseas batsman, especially from the sub-continent, be able to dominate the Aussies in conditions like that," Watson added. "It truly showed his skill and versatility that he developed and groomed into in all conditions."

Dravid, nicknamed "The Wall", is one of the finest batsmen to have ever played for India. During his career, he featured in 164 matches for India and scored 13,288 runs with an average of 52.31.

In One-day Internationals, Rahul Dravid played 344 matches and scored 10, 889 runs with an average of 39.16. He also played one T20I for the country against England at Manchester in 2011.

Australia Cricket Team VVS Laxman Cricket
Get the latest updates on IPL 2021, IPL Points Table , IPL Schedule 2021 , live score . Like us on Facebook or follow us on Twitter for more sports updates. You can also download the NDTV Cricket app for Android or iOS.