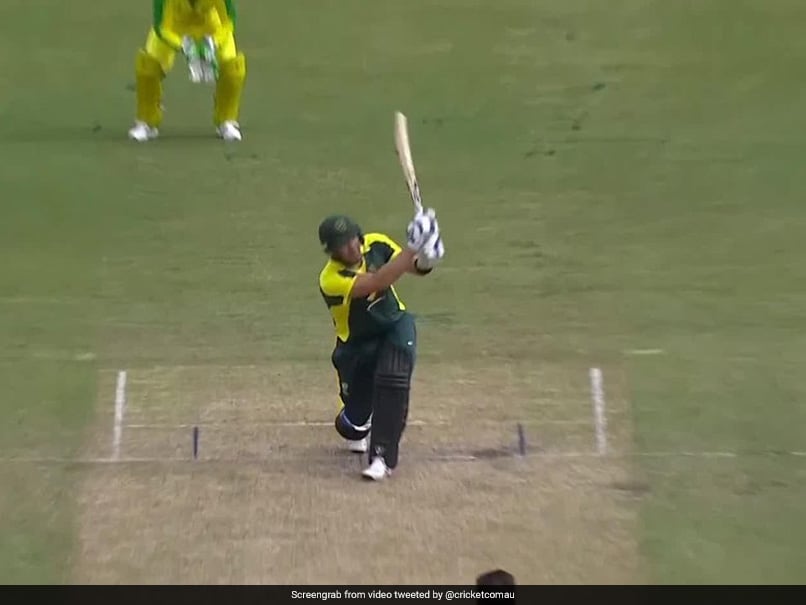 Shane Watson showed no mercy to Wasim Akram in the Bushfire Bash on Sunday.© Twitter

Shane Watson was not in a very giving mood when he took on Pakistan great Wasim Akram in the bushfire bash at the Junction Oval in Melbourne on Sunday. Despite it being a charity game, the former Australia all-rounder didn't go easy on legendary pacer Wasim Akram, smashing him for a massive six over deep mid-wicket. Akram bowled the second over for Ponting XI, starting well with just four runs coming off his first four balls. But after a wide from the left-arm pacer, Shane Watson decided to tee-off and whacked back-to-back sixes as Akram went for 17 runs off his first over.

Akram bowled a full-length delivery on middle stump and Watson casually flicked it over deep mid-wicket for a huge hit.

No respect for the great Wasim Akram! Shane Watson launches it! #BigAppeal pic.twitter.com/AUzZApTM54

Despite Gilchrist XI's whirlwind start which saw them reach 49 for no loss in three overs, Ponting XI managed to pull things back. Ponting's team "apparently" won the match after some comic scenes on the final ball of the charity game.

The Ponting XI won, apparently. But it wasn't about the result today!

Earlier, Ricky Ponting scored 26 off 14 balls, including four fours, one of which was a one-handed flick off Courtney Walsh's bowling over the short-fine leg fielder.

The star of the innings, however, was West Indies great Brian Lara, who smashed 30 off just 11 balls, including three fours and two sixes, before he retired out. Former Australia opener Matthew Hayden contributed 16 runs off 14 balls but was sent packing by Yuvraj Singh.

In the end Ponting XI posted 104/5 off the allotted 10 overs after they had been put into bat by Gilchrist XI.

The Bushfire Bash was originally scheduled to be held as a curtain raiser to the Twenty20 Big Bash League final on Saturday, but with downpours expected, Cricket Australia (CA) said it would no longer be possible at the Sydney Cricket Ground (SCG).

Instead, it was postponed by a day and shifted to the smaller Junction Oval in Melbourne.

Shane Warne, Michael Hussey, and Michael Clarke were among those forced out due to prior commitments.

Adam Gilchrist is captaining one of the teams in Warne's absence with Australian Test skipper Tim Paine acting as coach. The Ponting team is being coached by Sachin Tendulkar.

Shane Watson Wasim Akram Cricket
Get the latest updates on Fifa Worldcup 2022 and check out  Fifa World Cup Schedule, Stats and Live Cricket Score. Like us on Facebook or follow us on Twitter for more sports updates. You can also download the NDTV Cricket app for Android or iOS.