The revelation could lead to Shahid Afridi losing the record of being the youngest ODI centurion. 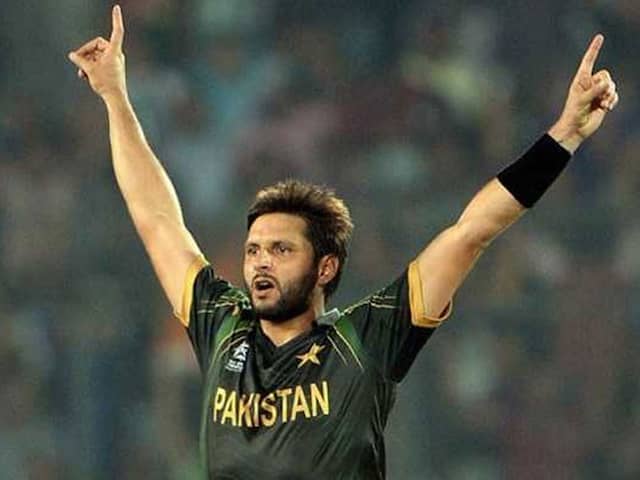 Shahid Afridi has thrown some light on one of the biggest mysteries in world cricket in his recently published book, revealing that authorities had stated his age wrongly when he burst onto the stage with a record-breaking 37-ball ODI century against Sri Lanka in 1996. "I was just nineteen, and not sixteen like they claim. I was born in 1975. So yes, the authorities stated my age incorrectly," Afridi has written in the book, titled Game Changer. Afridi officially turned 39 on March 1 this year.

Questions have been raised about Afridi's real age for a long time, with the numerous times he has announced his retirement and then announced subsequent comebacks having shifted the question of his age to the domain of online jokes.

However, even his recent revelation is confusing. Had he been born in 1975, rather than 1980, as the official records state, he would have been 21 at the time of his debut, and not 19 as stated by him.

There has not been any clarity yet if this latest revelation will lead to obfuscating Afridi's name from the record of being the youngest ODI centurion.

Afghanistan's Usman Ghani, who scored an ODI century at the age of 17, against Zimbabwe in 2014, would be in line to become the holder of Afridi's most famous record.

Afridi, who definitively retired from international cricket after the 2016 World T20, also slammed former coaches Waqar Younis and Javed Miandad in his book.

Reacting to early receptions of his book, Afridi tweeted on Thursday: "Alhamdulillah, Game Changer is already making waves. But dont go for the media hype...If I've been tough on someone, I've given them credit where its due!"