The ICC recommended a host of "back to cricket" guidelines including 14-day pre-match isolation training camps to ensure the teams are free from COVID-19. 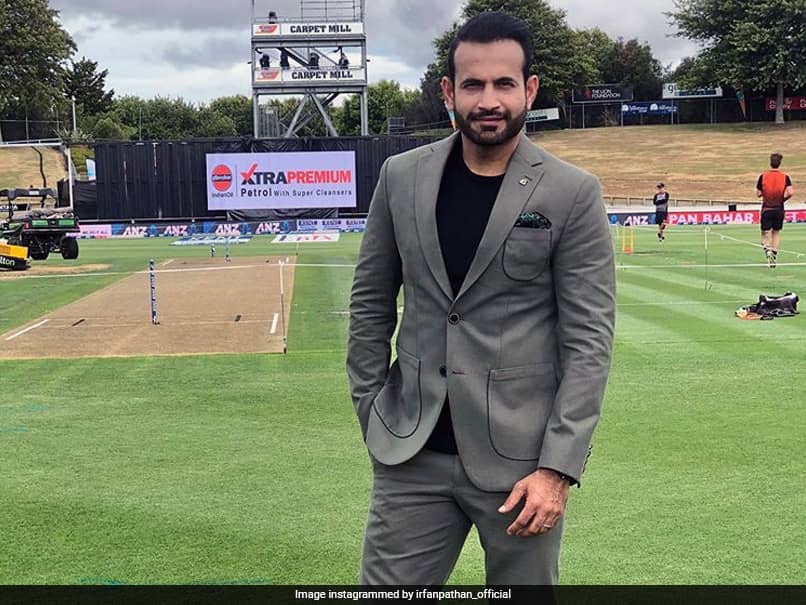 Irfan Pathan shared his thoughts regarding the new guidelines issued by the ICC.© Instagram

Some of the ICC guidelines on the resumption of cricket border on the impractical and will need a review when the cricketing world is closer to action, feel former players Aakash Chopra, Irfan Pathan and Monty Panesar. Last week, the International Cricket Council recommended a host of "back to cricket" guidelines including 14-day pre-match isolation training camps to ensure the teams are free from COVID-19. The world body issued training as well as playing guidelines which will drastically change the way the game is played.

Among them are regular hand sanitising when in contact with the ball, no loo or shower breaks while training, minimising time spent in the changing room before and after a game, no use of saliva on the ball and no handing over of personal items (cap, sunglasses, towels) to fellow teammates or the on-field umpires.

"Social distancing is very doable in an individual sport but very tough in a team sport like cricket and football. If you need a slip during the game, would you not employ it?

"If the team is going through a 14-day quarantine and is being tested for COVID-19, I am fine with that process. Now, after that, if we have more guidelines for the players during the game, then you are making things complicated. Then there is no point of a quarantine period," former India pacer Pathan told PTI.

Safety cannot be compromised but regularly sanitising hands during the game will be too much to ask from the players. "Safety is paramount but we should not make the game complicated. If a bowler or fielder has to sanitise hands every time he touches the ball, then it would be very difficult".

Former India opener Chopra said it is still pre-mature to prepare a fixed set of guidelines for resumption of cricket as the situation is evolving "every day".

"That (regular hand sanitisation after contact with the ball) is obviously impractical but my big question is when the game happens in a biosecure environment and everyone is quarantined and tested, do these additional measures make a difference?

"On the field, I can still understand but what happens when you go back into the dressing room? How do you practice social distancing there? So it becomes quite complicated.

"To be honest it is all very premature. Once they get closer to resumption, which will take some time, there will be more clarity," said Chopra.

International cricket is likely to resume in July with England hosting West Indies and then Pakistan.

Bundesliga football league has already begun in Germany behind closed doors and by the time cricket resumes, more sporting competitions would have restarted and Chopra feels that will help cricket decide the way forward in post-COVID-19 times.

"By the time cricket resumes, more football would have started after Bundesliga. Cricket can take lessons from there, collect data and ideas, and see what is practical and what is not."

Former England spinner Panesar foresees the start of the England-West Indies series making things a lot clearer for the entire fraternity than they are at the moment.

"The 14 day quarantine is very much needed and well done to the ICC for including that. I think we will see the resumption of international cricket with England hosting West Indies in July. We might have some practical ideas then, the other countries would also be watching keenly and will learn how to go about it.

"But measures like regular hand sanitising is not going to be practical. Maybe you could sanitise every one hour but it can't be regular during the game," said Panesar.

While Pathan feels the on-field safety measures will make managing over-rate a bigger challenge for teams, Chopra said no loo or shower breaks during training won't be that much of an issue.

"I think the idea of these guidelines is to make cricketers more aware that you have to take care of yourself and inculcate habits which are in everyone''s interest in the current scenario," added Chopra.

Irfan Pathan Monty Panesar Cricket
Get the latest updates on India vs Australia Series, check out the India vs Australia Schedule for 2020-21 and Ind vs Aus live score . Like us on Facebook or follow us on Twitter for more sports updates. You can also download the NDTV Cricket app for Android or iOS.