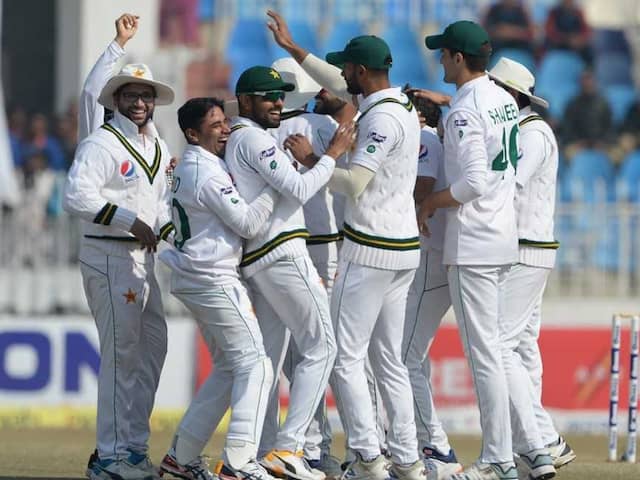 England and Pakistan are slated to play three Tests and three T20Is.© AFP

The Pakistan Cricket Board (PCB) remains optimistic about going ahead with the tour of England. The PCB recently held a meeting with the officials of England and Wales Cricket Board and during the talks, both boards deliberated upon keeping the players in the bio-secure environment. England and Pakistan are slated to play three Tests and three T20Is.

"We were presented with a lot of the planning and detail that the ECB is putting into place for this summer, especially on the operational side, right from the plane for travel to the bio-secure venues we will play in. It was very, very encouraging from that point of view and the PCB is very optimistic about the plans in place," ESPNCricinfo quoted Wasim Khan, the PCB chief executive as saying.

The plans of the ECB and PCB include flying the entire Pakistan squad into the UK on a chartered flight in early July and putting them in one venue as a base, where they all will be quarantined as per the guidelines issued by the UK government. At the same venue, Pakistan players can also carry out their training and intra-squad practice games.

However, that venue is still to be confirmed.

The Test series between Pakistan and England is slated to begin in August this year and it will go ahead once the entire Pakistan team undergoes the quarantine period.

On Thursday, The England and Wales Cricket Board (ECB) had confirmed that the men's team will return to individual skills-based training, beginning from next week under "strict" protocols amid the coronavirus pandemic.

The board said by utilising venues across the country for individual sessions, it will be able to provide a controlled environment that ensures adherence to safety protocols and social distancing measures for players and staff as set out by the government.

"The ECB's plan has been designed in line with the government's guidance, and we will continue to ensure we comply with their regulations as it develops," ECB said in a statement.

After a two-week period, once the bowlers have reached their desired loading efforts, dedicated batsmen and wicketkeepers will start their respective training programmes on an individual basis.

The ECB has already stated that no form of cricket will be played in the UK till July 1. However, the board is looking at playing a Test series against West Indies behind closed doors in the month of July.

Currently, all cricket action across the world has come to a halt due to the coronavirus pandemic.

England was slated to play a two-match Test series against Sri Lanka in March this year, but it was postponed due to COVID-19.