The ECB took to Twitter to share a throwback video of Virat Kohli's dismissal from India's 2018 tour of England. 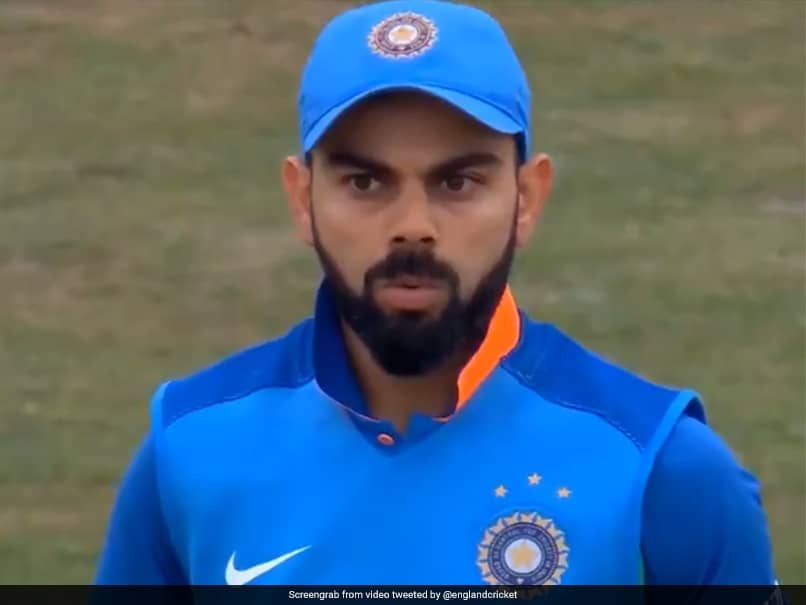 Virat Kohil was cleaned up by Adil Rashid on 71 in a bilateral ODI series in 2018.© Twitter

The England and Wales Cricket Board (ECB) took to Twitter on Friday to post a throwback video of Virat Kohli's dismissal from India's 2018 tour of England. In the video, the Indian captain gets cleaned up by Adil Rashid and has a shocked expression on his face after being dismissed in the third ODI of the three-match series. "The best ball you've ever faced @imVkohli?" the ECB captioned the video. In that match, Kohli was batting on 71 and was well on course to his 36th hundred in the 50-over format but a dream delivery by Rashid ended the Indian skipper's stay in the middle.

Interestingly, in that series, Virat Kohli was dismissed by spinners in three consecutive ODIs.

In the first and third ODI, Rashid accounted for Kohli while in the second game of the series, it was the off-spinner Moeen Ali who trapped the Indian captain right in front of the stumps.

It was just the second time in his career that Kohli got out to spinners in three consecutive ODI innings.

In 2014, he was dismissed by spinners thrice in three games against Sri Lanka.

Virat Kohli would have been busy leading the Royal Challengers Bangalore in the 13th edition of the Indian Premier League but due to the coronavirus pandemic, the BCCI postponed the lucrative league indefinitely.

Speaking on resuming cricket behind closed doors, Kohli said that the players won't be able to feel the same atmosphere as they do when they play in front of a packed house.