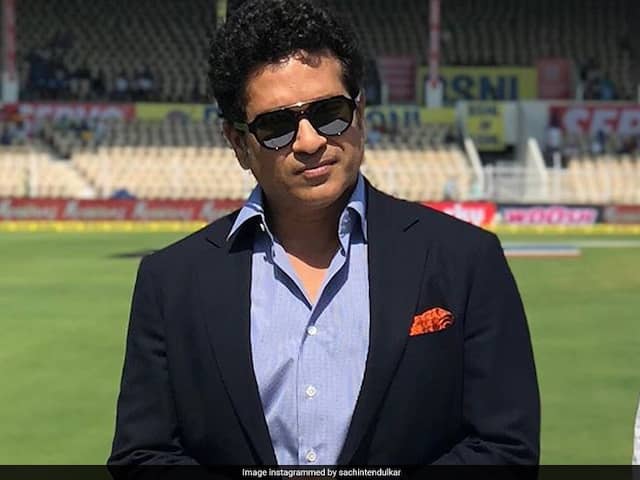 Sachin Tendulkar on Wednesday shared an "inspirational video" to help people kick start their New Year with a heartwarming video. The Master Blaster shared a video of a differently-abled boy named Madda Ram playing cricket with his friends. In the video, the boy can be seen scrambling for runs despite him not having legs. "Start your 2020 with the inspirational video of this kid Madda Ram playing cricket with his friends. It warmed my heart and I am sure it will warm yours too," Tendulkar tweeted.

Start your 2020 with the inspirational video of this kid Madda Ram playing cricket with his friends.
It warmed my heart and I am sure it will warm yours too. pic.twitter.com/Wgwh1kLegS

In the video, the boy is standing on his knees, and then he dispatches the ball and crawls on the pitch to complete a single run, using his hands and knees.

After finishing the run, the same boy crawls to the middle of the pitch to hand the bat to the other player.

The 46-year-old Tendulkar had made his debut for India at the age of 16 in 1989. He aggregated 34,357 runs across formats, which is 6,000 runs more than the second-placed former Sri Lanka cricketer Kumar Sangakkara.

Regarded as one of the greatest batsmen ever, Tendulkar holds the record of being the highest run-scorer of all time in international cricket, having notched up 18,426 runs in ODIs and 15,921 runs in Test matches.

He is now a mentor to the Mumbai Indians in the Indian Premier League (IPL).