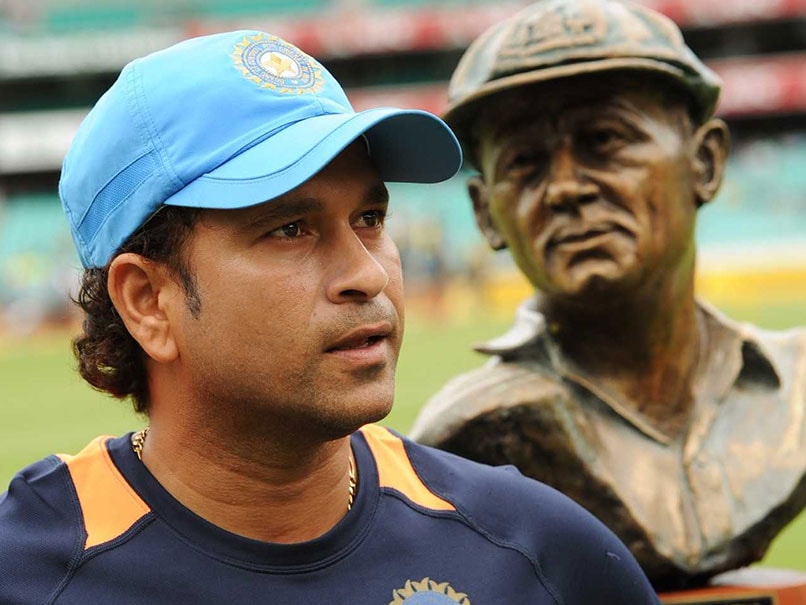 Former India cricketer Sachin Tendulkar, regarded as one of the greatest cricketers to have graced the field, took to Twitter on Wednesday and expressed his gratitude towards Sir Donald Bradman, who is regarded as the best batsman of all time. Tendulkar wrote, "Sir Don Bradman will always hold a special place in my heart. This was a memorable part of my journey." Incidentally, it was on August 23 in 2002 when Sachin Tendulkar got to his 30th Test century against England and went past Bradman who has 29 Test centuries to his credit.

Tendulkar once said that he has the photograph of the all-time Test playing XI, picked by Australian great Donald Bradman, framed at his home and he would always "treasure" it as the legend had included him in that team. "Coming back to the greatest compliment that I have received in my life was without any doubt was from Sir Don," Tendulkar said while speaking at a sporting event, a couple of years ago, organised by the Australian consulate in the presence of touring Australian Prime Minister Tony Abbot at the Cricket Club of India.

"In 1994-95 he told his wife that my batting style resembles his batting style. It was the greatest compliment that I have received from him and the icing on the cake was when he picked me to be a part of his all-time Test playing eleven.

"That was a special moment for me in life. I have the photograph of the playing eleven framed at my place which I would treasure," he added.

On a seaming wicket at Leeds, to everyone's surprise, India won the toss and elected to bat. After losing Virender Sehwag early, Sanjay Bangar and Rahul Dravid weathered the early storm as India got off to a good start. Dravid scored a brilliant 148 while Tendulkar capitalised on the good start and went on to make 193 off 330 balls.

India captain Sourav Ganguly didn't disappoint with the bat either and scored an entertaining 128 off 167 balls. India scored a mammoth 628 for 8 (decl) in the first innings and won the match by an innings and 48 runs.

Comments
Topics mentioned in this article
India Cricket Team Australia Cricket Team Sachin Tendulkar Donald George Bradman Cricket
Get the latest updates on IPL 2021, check out the IPL 2021 Schedule and Indian Premier League Live Score . Like us on Facebook or follow us on Twitter for more sports updates. You can also download the NDTV Cricket app for Android or iOS.