Don Bradman Would Not Have Averaged 99 Now, Says This Former Fast Bowler 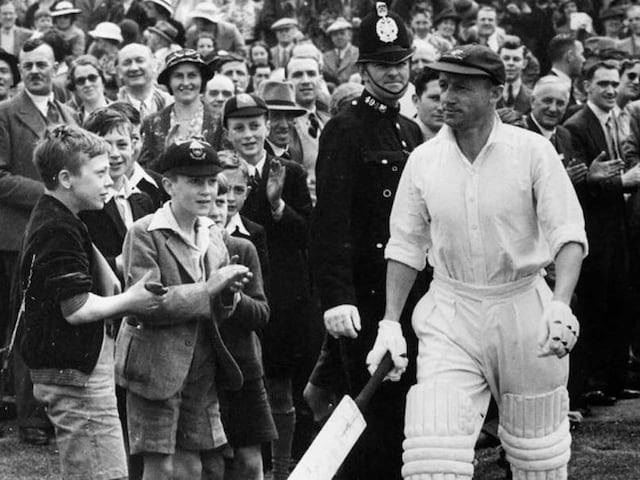 Former Australia fast bowler Rodney Hogg sparked a controversy on Wednesday by voicing his opinion on Don Bradman, who is considered as the greatest batsman to have played cricket, saying that he would not have been as successful in the present scenario as he was in his playing days. Hogg said Bradman wouldn't have averaged his famous 99.94 if he was playing today. "It's disrespectful. I know to say that, but those stats jumped at me that it was easier to bat between 1920 and 1950, than what it is now," Hogg told 'SEN Radio'.

"Sir Donald Bradman was a freak, but I don't think he would have averaged 99 now."

Hogg, who represented Australia in the late 70s' and 80', used batting averages throughout different periods of history as a guide, pointing out the number of averages above 50 for batsmen playing for England in comparison to the modern era.

"(It's) just very interesting the batting averages England have had in current times, Graham Gooch has got 42, (David) Gower has got about 43, (Allan) Lamb is mid to low 40s, Geoffrey Boycott's 47, (Kevin) Pietersen 47," Hogg said.

"I'm saying now that I don't think Sir Donald Bradman in this current era would've averaged anywhere near 99.94, I'm saying it based on that (those averages)."

Hogg's comments caused a stir on Twitter as fans expressed their opinions.

Widely regarded as the best cricketer ever, and Australia's best-ever sportsman, Bradman holds a special place in the hearts of all Australian sports fans.

Comments
Topics mentioned in this article
Australia Cricket Team Rodney Malcolm Hogg Donald George Bradman Cricket
Get the latest Cricket news, check out the India cricket schedule, Cricket live score . Like us on Facebook or follow us on Twitter for more sports updates. You can also download the NDTV Cricket app for Android or iOS.