Sachin Tendulkar Pays Tribute To Ramakant Achrekar, Says "May You Coach More Wherever You Are" 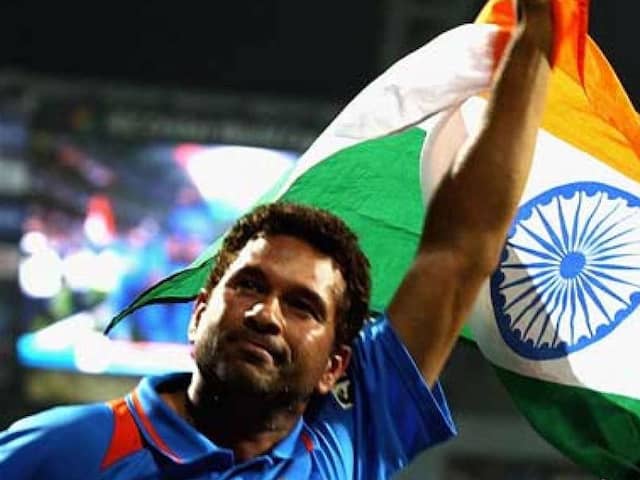 Sachin Tendulkar paid a heartfelt tribute to his coach Ramakant Achrekar, who died on Wednesday. Achrekar, who breathed his last in Mumbai due to age-related complications, had also coached other names in Indian cricket such as Vinod Kambli, Pravin Amre, Sameer Dighe and Balwinder Singh Sandhu. "Cricket in heaven will be enriched with the presence of (Ramakant) Achrekar sir," said the iconic former batsman Sachin Tendulkar.

"Like many of his students, I learnt my ABCD of cricket under Sir's guidance. His contribution to my life cannot be captured in words. He built the foundation that I stand on," he said in a statement. The iconic cricketer, who is now retired, has been quite vocal about the coach's contribution in shaping him. As a player, Achrekar competed in just one first-class match but was instrumental in moulding Tendulkar as a child, often driving him to stadiums on his scooter.

You'll always be in our hearts. pic.twitter.com/0UIJemo5oM

"Last month, I met Sir along with some of his students and spent some time together. We shared a laugh as we remembered the old times. Achrekar sir taught us the virtues of playing straight and living straight. Thank you for making us a part of your life and enriching us with your coaching manual. Well played Sir and may you coach more wherever you are," Tendulkar signed off.

My heartfelt condolences on the passing away of #RamakantAchrekar Sir , who was instrumental in giving a jewel to Indian cricket. pic.twitter.com/qUZzG5Guf9

Condolences to his family and loved ones on the passing away of #RamakantAchrekar sir, who shaped and gave us a gift called Sachin Tendulkar ! pic.twitter.com/S7LIhNV4rh

The BCCI expresses its deepest sympathy on the passing of Dronacharya award-winning guru Shri Ramakant Achrekar. Not only did he produce great cricketers, but also trained them to be fine human beings. His contribution to Indian Cricket has been immense. pic.twitter.com/mK0nQODo6b

Sad to hear about Ramakant Achrekar Sir's passing away. May his soul RIP. Cricketing World will always remember you for your contribution. pic.twitter.com/asLgWFhpvA