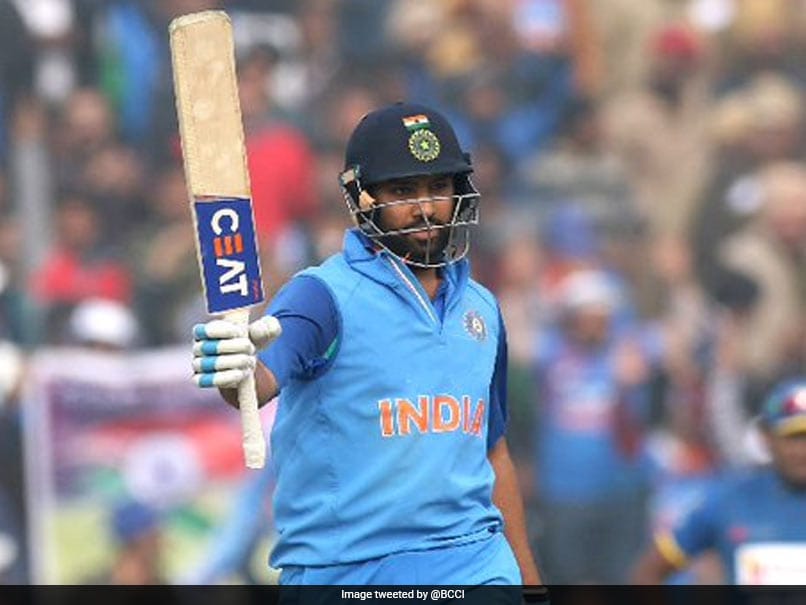 Rohit Sharma has scored two ODI double hundreds against Sri Lanka and one against Australia.© Twitter

On this day in 2017, Indian opener Rohit Sharmascored his third double hundred in One-day Internationals (ODIs). Rohit, smashed 208 runs against Sri Lanka at Punjab Cricket Association IS Bindra Stadium in Mohali on December 13, 2017. The 33-year-old smashed 13 fours and 12 sixes to register massive individual score of 208 against Sri Lanka which enabled India to post a huge total of 392/4 in the allotted 50 overs. India then went on to win the match by 141 runs.

#OnThisDay in 2017, @ImRo45 smashed his third double ton in ODIs

An incredible knock that had 13 fours and 12 sixes

Rohit has scored two double hundreds against Sri Lanka and one against Australia in the ODIs. The right-handed batsman is the only cricketer to smash three double centuries in ODI history.

Rohit is set to travel to Australia for the Test series after clearing the fitness test at the National Cricket Academy (NCA).

Rohit was rehabilitating and training at NCA since November 19 following a high-grade left hamstring injury he suffered during the Indian Premier League (IPL).

The opening batsman will be available only for the third and fourth Test of the series, as he will complete his quarantine period mid-way during the second Test.

India and Australia are set to play a four-match Test series, beginning December 17 in Adelaide. The first match of the series will be played under lights at the Adelaide Oval.

Punjab Cricket Association Stadium, Mohali Cricket
Get the latest updates on Fifa Worldcup 2022 and check out  Fifa World Cup Schedule, Stats and Live Cricket Score. Like us on Facebook or follow us on Twitter for more sports updates. You can also download the NDTV Cricket app for Android or iOS.