Hardik Pandya entered the top 50 of the batting ranks on the back of his impressive performance in Australia. 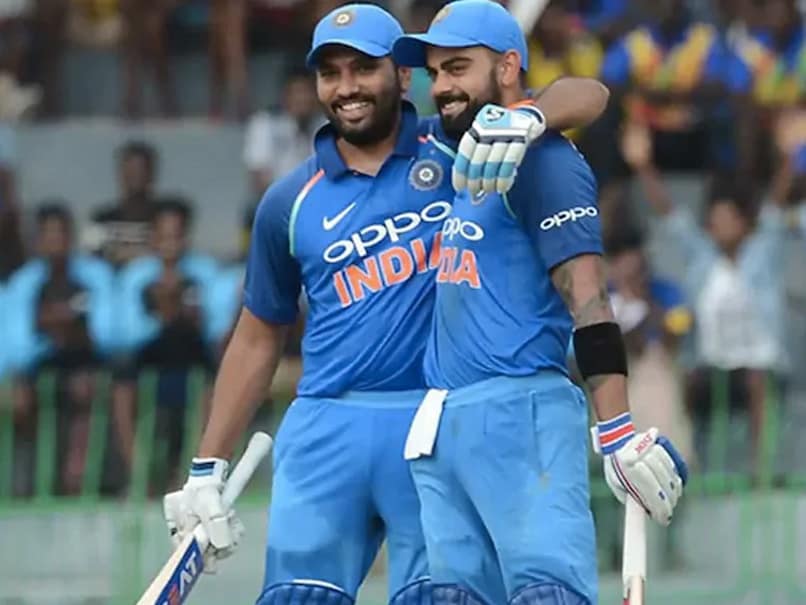 Indian skipper Virat Kohliretained the top spot in ICC men's ODI batting rankings, while Rohit Sharma, despite missing the just-concluded 50-over series with a hamstring injury, retained the second place in the rankings, the International Cricket Council (ICC) said in a release on Thursday. Kohli-led Indian team lost the series 2-1 but the Indian skipper managed to leave his mark on the series by scoring two half-centuries which helped him consolidate his position on top of the batting chart. Kohli has 870 rating points to his name and is followed closely by Rohit who has 847 points.

The only change in the top five, among batsmen, is Australia's limited-overs skipper Aaron Finch who led his side from the front and finished the three-match series as the leading run-scorer with 249 runs, including one century and two half-centuries. Finch attained his career-best 791 rating points, which pushed him to the fifth spot -- a place below his career-best ranking which he had achieved during last year's ODI World Cup in June 2019.

Indian all-rounder Hardik Pandya, playing as a specialist batsman, had a terrific outing as he scored 210 runs in three innings. His impressive show helped him achieve his career-best rating points and enter the top 50 in ODI batsmen's rankings. He is placed on 49th spot with 553 rating points.

David Warner, despite missing the last ODI with an injury, did enough to gain a place and finish on seventh with 773 points.

India's Jasprit Bumrah lost a place to finish on third, with 700 rating points -- only a point behind second-placed Mujeeb Ur Rahman of Afghanistan.

Australia fast bowler Josh Hazlewood, who took six wickets in the ODI series, climbed a place to secure sixth rank. His compatriot Adam Zampa, who was the most successful bowler in the ODI series with seven wickets, attained career-best rating of 623 points which helped him burst into the top 20 for the very first time in his career and climb to the fourteenth position.

Adam Zampa Cricket International Cricket Council Australia vs India 2020-21
Get the latest updates on SA vs IND 2021-22, check out the Schedule and Live Score . Like us on Facebook or follow us on Twitter for more sports updates. You can also download the NDTV Cricket app for Android or iOS.