Sunil Gavaskar said Virat Kohli's consistent performances while chasing targets makes him India's most impactful players in ODIs in the decade gone by. 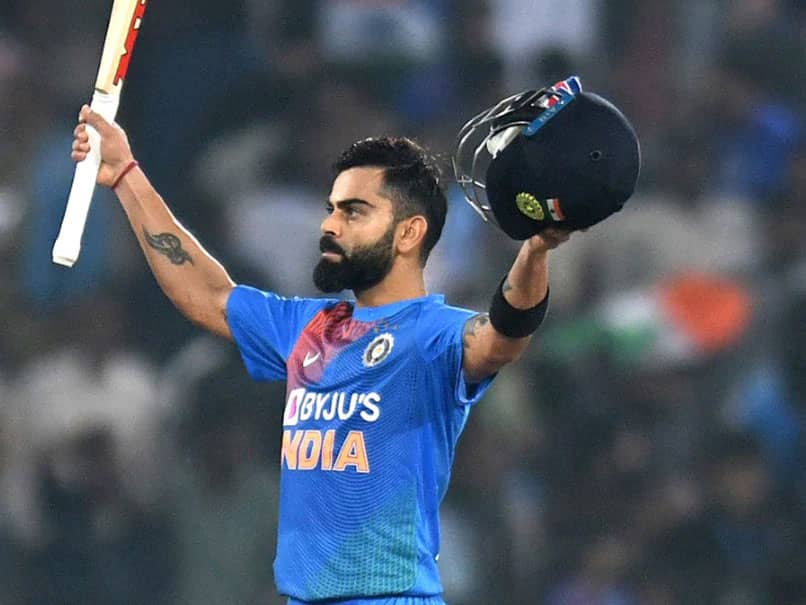 Virat Kohli has scored 26 of his 43 ODI centuries while chasing.© AFP

Former India skipper Sunil Gavaskar has said that captain Virat Kohli has played a big role in India's ODI victories in this decade. According to the "Little Master", Kohli had an impact on the matches that India won while chasing in the last ten years and records also support Gavaskar's argument. Kohli has the most hundreds while chasing targets. Out of the 43 centuries he has scored so far, 26 came while chasing which shows the consistency with which he has been in forefront of the Indian batting line-up.

Speaking on Star Sports show 'Cricket Connected', Gavaskar spoke on how Kohli has been the most impactful player in ODIs in this decade for India.

"I think if you look as an individual then certainly it's got to be Virat Kohli because if you look at the number of matches he's won for India when India have been chasing big scores. I look at the impact a player has had, and not just the runs or wickets that he has taken, and in that aspect, you have got to say that in this decade it really has been Virat Kohli who has had the most impact on the matches that India has won."

On the other hand former Australian opener Matthew Hayden believes former skipper MS Dhoni has been the most impactful player in ODIs for India in this decade.

Dhoni as captain bagged two major titles for India in this decade -- the 2011 World Cup and the 2013 Champions Trophy. Hayden added that World Cup is a "real big milestone" for him.

"I think it's really important and significant that MS Dhoni has won a World Cup and a Champions Trophy. That World Cup for me, that's a real big milestone. I have mentioned before we have played loads of cricket in the one-day format and I just feel that when it comes to being ready for a World Cup, you not only got to have a good leader but you also need to have a calm strong player in the middle order like he has," Hayden said.

India and Australia will now be seen in action in the upcoming four-match Test series. The first match will be a day-night affair and Kohli will head back home after the first Test as he has been granted paternity leave by the BCCI. The first Test of the series will be a pink-ball contest, beginning December 17 at Adelaide. Australia had won the ODI series while the Men in Blue walked away with the honours in the T20I series.

Sunil Gavaskar Matthew Hayden Cricket
Get the latest updates on IPL 2021, IPL Points Table , IPL Schedule 2021 , live score . Like us on Facebook or follow us on Twitter for more sports updates. You can also download the NDTV Cricket app for Android or iOS.