India skipper Virat Kohli and batsman KL Rahul have jumped up a place each in the latest ICC T20I rankings, courtesy their stellar performances in the recently concluded T20I series against Australia. 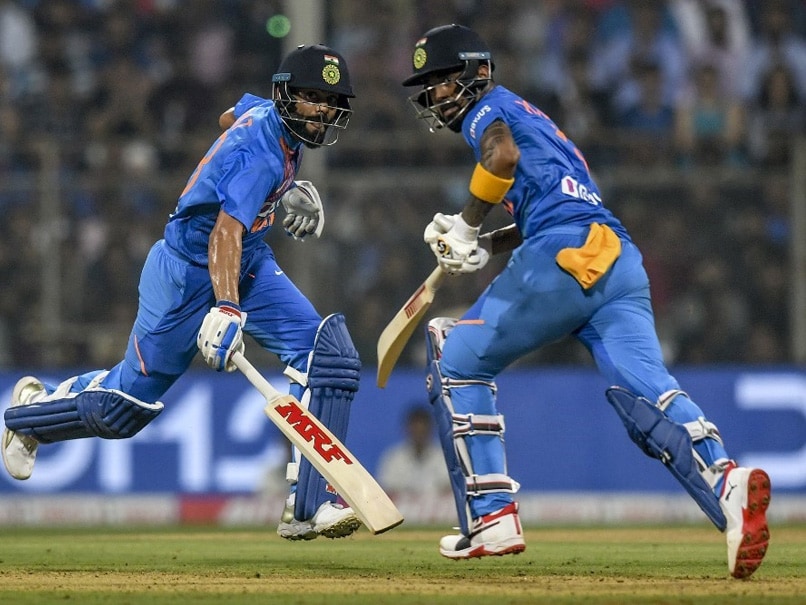 Virat Kohli smashed his 25th half-century in the third and final T20I at the Sydney Cricket Ground.© AFP

India skipper Virat Kohli and batsman KL Rahul have jumped up a place each in the latest ICC T20I rankings, courtesy their stellar performances in the recently concluded three-match T20I series against Australia. Kohli, who smashed his 25th half-century in the third and final T20I at the Sydney Cricket Ground on Tuesday rose to the number eight spot eclipsing Afghanistan batsman Hazratullah Zazai. The Indian skipper scored 134 runs in the just concluded T20I series and played a key role in India's win in the second game in Sydney.

Meanwhile, Rahul has replaced Australian skipper Aaron Finch and has gained a spot to be at number three. The right-handed batsman had smashed a half-century in the first T20I in Canberra.

England's Dawid Malan and Pakistan skipper Babar Azam continued to be at the number one and two spots respectively.

In the bowling list, Australia spinner Adam Zampa, who took three wickets in the T20I series, entered the top five and is now at the fourth spot.

England pace spearhead Chris Jordan broke into the top ten while spinner Adil Rashid moved a place to be at the third spot.

Kohli's brilliant form also saw him equal the record for most half-centuries in the shortest format of the game on Tuesday.

The Indian skipper achieved the feat against Australia when he reached his 25th half-century in the third and final T20I. Kohli has equalled Rohit Sharma's tally of most fifties in T20Is, as both have 25 fifties under their belt. While the skipper reached the milestone in his 79th innings, Rohit had taken 100 innings to smash his 25th half-century.

Kohli's half-century on Tuesday went in vain as Australia secured a 12-run victory over India in the third T20I. While India had already won the three-match T20I series after winning the first two games, Australia won the last game to avoid a whitewash.

India will now lock horns in the four-match Test series against Australia which gets underway on December 17. The first match will be a day-night affair and Kohli will head back home after the first Test as he has been granted paternity leave by the BCCI.

Aaron Finch Cricket
Get the latest updates on SA vs IND 2021-22, check out the Schedule and Live Score . Like us on Facebook or follow us on Twitter for more sports updates. You can also download the NDTV Cricket app for Android or iOS.