India vs Australia: Rohit Sharma Should Be In Australia If He Passes All Fitness Tests, Says Sachin Tendulkar

Australia vs India: Sachin Tendulkar said Rohit Sharma should be in Australia for the four-match Test series if he clears all fitness tests. Rohit will be next assessed on December 11. 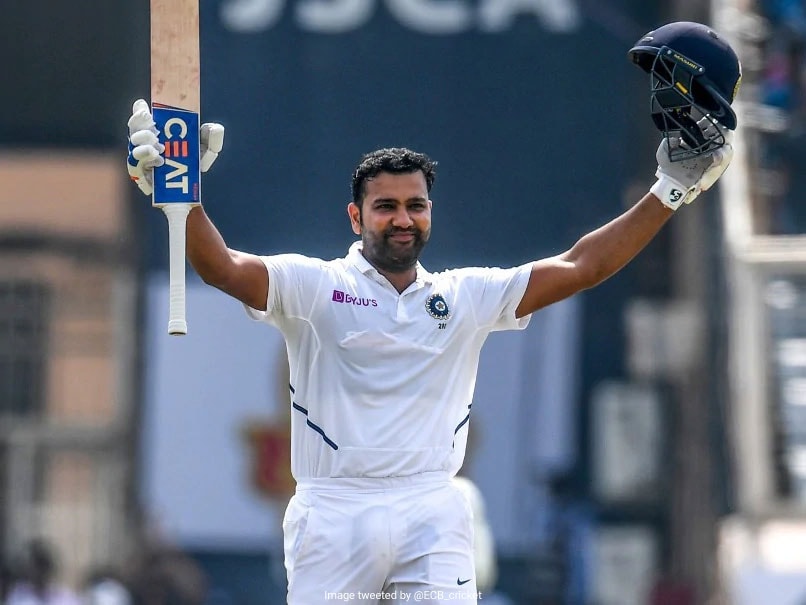 India vs Australia: Rohit Sharma is nursing a hamstring injury sustained during the IPL.© AFP

Sachin Tendulkar said a player of Rohit Sharma's calibre should be in Australia for the upcoming Test series if he passes his fitness Tests. Tendulkar said that a call on the opener can be taken after looking at the status of his hamstring injury and whether he is a 100 per cent. "I do not know the status of Rohit's fitness. That is something BCCI and Rohit know, they are in touch with each other and so are the physios and team management," Tendulkar told ANI. "They would be the ideal ones to answer this. If Rohit passes all his fitness Tests and is cleared, then a player like Rohit should be there in Australia. If he meets all the parameters then he should be there," he added.

The limited-overs series done with, the real challenge begins for India on Australian shores with the four-match Test series that gets underway with the pink-ball Test in Adelaide from December 17.

With the likes of Steve Smith raring to go and India skipper Virat Kohli only available for the first Test, the visitors definitely have their task cut out if they are to successfully defend the Border-Gavaskar trophy.

Speaking to ANI, Sachin Tendulkar threw light on Kohli's absence, Ishant Sharma's absence in the bowling line-up, if Natarajan should be drafted into the Test squad and most importantly, if having the day-night Test later in the four-match series would have helped India acclimatise further to the conditions Down Under.

Kohli has been granted paternity leave and will fly back to India after the opening Test.

While he agreed that the Indian skipper's experience will be missed, Tendulkar was quick to add that it is about the team doing well in unison and Kohli's absence will also provide a youngster with an opportunity to impress.

"See, of course, Virat coming back, there is going to be one spot where a senior player who has been around for a long time, who has toured Australia, not being there, will be missed without a doubt," Tendulkar said.

"But it is about a team, not an individual, so had he been injured, they would have to go without him in the second Test, I am saying this hypothetically, never would I wish that, I am saying when an important member of your squad is injured, the squad has to go ahead and play without him.

"I remember one of the Tests in West Indies, when Anil (Kumble) got injured, following Test we played without him. At that time, Anil was the main bowler, these type of challenges one has met with, we have to be prepared for that.

"It is about the team, so Virat won't be there after the first Test, but the team is going to be there. We have the bench strength and that is the beauty about Indian cricket right now that we have bench strength.

"There would be an opportunity for some other guy to go out there and do something for the country. But with Virat not being there will obviously be missed, without any doubt, but it is about the team rather than the individual," he explained.

In the bowling department as well the team will miss the services of experienced campaigner Ishant Sharma.

Tendulkar said that just as in Kohli's case, the team will miss the fast bowler, but it is about the whole bowling unit rising to the challenge in Ishant's absence.

"Ishant's void will be there, but we have good bench strength, and I would like to once again reiterate that it is about the team and not the individual," said Tendulkar.

"Yes, individuals come together and make a team but when an individual is unfit or if he cannot be available for personal reasons, that is all part and parcel of any team," he said.

Asked if he would call for T Natarajan to be included in the Test squad after a brilliant limited-overs series, the former India captain said that was a call for the selectors to make.

"Talking about Natarajan, he has done well in the games that he has played and whoever the replacement is, that is to be left to the selectors and team management, they are in a better position to take the call. I do not believe in influencing decisions," he pointed.

Finally, India begin the series with the day-night game at the Adelaide Oval. Asked if it would help having the pink-ball game a little later in the series, Tendulkar said: "See, whether you play the pink-ball Test as first match of the series or the second or third or fourth, it would have been your first Test with the pink ball in Australia.

"In a day-night Test, timings would be different, ideally (normal Test match) would have been good for the players, according to me. At least one would have had one or two games before you played the last Test as the pink-ball Test."

Ishant Sharma Australia vs India 2020-21 Cricket
Get the latest updates on SA vs IND 2021-22, check out the Schedule and Live Score . Like us on Facebook or follow us on Twitter for more sports updates. You can also download the NDTV Cricket app for Android or iOS.