Rohit Sharma, during an Instagram live session with Suresh Raina, said that India have the opportunity as there are three World Cups lined up between now and 2023. 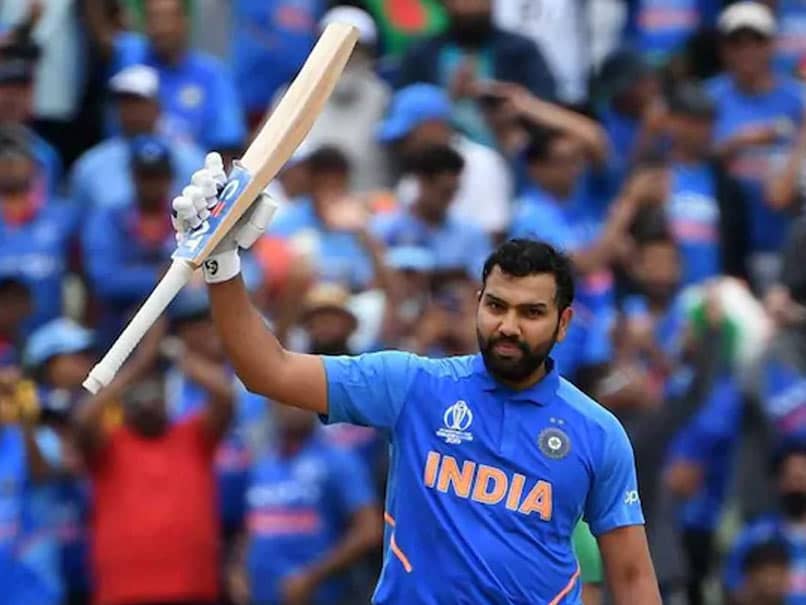 Rohit Sharma had a dream run during World Cup 2019 as he finished as tournament's top-scorer.© AFP

Indian opener Rohit Sharma on Tuesday once again reiterated that India must win at least two World Cups in the coming three years. The right-handed batsman had a dream run during the World Cup 2019. Rohit finished the tournament as the highest run-scorer after registering 648 runs from just nine matches at an average of 81.00. However, he failed to deliver in the semi-final against New Zealand and saw India exiting the tournament after suffering a heart-breaking loss.

"It is not easy to win the World Cup, there is a different feeling altogether when you win that tournament, feelings and emotions are attached to that tournament. It's difficult to beat seven-eight teams and win a world cup final. But when you win the world cup your joy doubles," Rohit said during an Instagram live session with Indian cricketer Suresh Raina.

"I think we have an opportunity like there are three World Cups lined up, two T20 World Cups and one 50-over World Cup, and I have said many times that we must win at least two world cups," he added.

Rohit is the only player in the world to have three double tons to his name in ODI cricket. He also holds the record for the highest individual score in the 50-over format as he played a knock of 264 runs against Sri Lanka at the Eden Gardens.

During the last year's cricket World Cup, he had also become the first batsman to score five centuries in a single edition of the mega event.

Rohit has also reinvented himself as Test cricket. The right-handed batsman would have been in action for the Mumbai Indians had the Indian Premier League (IPL) commenced from March 29. However, the tournament was suspended indefinitely due to the coronavirus pandemic.

Suresh Raina Cricket
Get the latest updates on IPL 2020, check out the IPL Schedule for 2020 and Indian Premier League (IPL) Cricket live score . Like us on Facebook or follow us on Twitter for more sports updates. You can also download the NDTV Cricket app for Android or iOS.