Rohit Sharma, Rishabh Pant among five Indian players that have been put in isolation as the BCCI and Cricket Australia probe a potential breach of protocol. 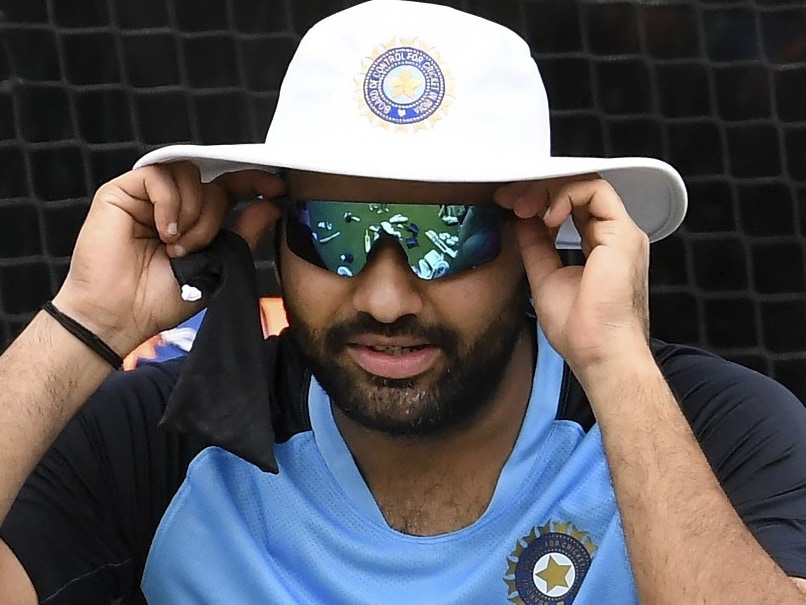 Rohit Sharma and four other Indian players have been placed in isolation.© AFP

Five Indian players including Rohit Sharma and Rishabh Pant are in isolation after a video emerged of them "eating at an outdoor venue" in Melbourne on New Year's day. Besides Rohit and Pant, Shubman Gill, Prithvi Shaw and Navdeep Saini, have all been separated from both the India and Australia squads. The five Indian players, however, will be able to train "in accordance with the strict protocols that have been put in place to ensure the ongoing safety of all members of the Indian and Australian squads," Cricket Australia said in a media release. Both the Board of Control for Cricket in India (BCCI) and the Australian board have also launched an investigation for a potential breach of the biosecurity protocols.

"The Board of Control for Cricket in India (BCCI) and Cricket Australia (CA) were today alerted to a video posted on social media that purported to show Rohit Sharma, Rishabh Pant, Shubman Gill, Prithvi Shaw and Navdeep Saini eating at an outdoor venue in Melbourne on New Year's day," the media release read.

"The BCCI and CA are investigating the matter and seeking to determine whether the outing constitutes a breach of biosecurity protocols."

"In the interim, on the advice of the Australian and Indian medical teams, the aforementioned players have been placed in isolation as a precaution. This will include separating the group of players from the broader Indian and Australian squads when traveling and at the training venue," the CA release added.

A fan had posted a video on Twitter of the players seated indoors at a restaurant, also claiming that he had paid the bill for their lunch.

When they got know that i have paid the bill.. Rohit sharma said bhaji pese lelo yaar acha nai lagta.. i said no sir its on me. Pant hugged me and said photo tabhi hogi jab pese loge wapis. I said no bro not happening. Finally sabane photo khichwai :) mja aa gya yaar #blessed

After initially claiming that Pant had "hugged" him, the fan later clarified that the Indian wicketkeeper-batsman "never hugged me it was all said in excitement".

Clarification - Pant never hugged me it was all said in excitement we maintained social distance all thru:) Apologies for miscommunication @BCCI @CricketAus @dailytelegraph

Rohit Sharma had joined the India squad recently in Melbourne, having completed his 14-day quarantine in Sydney.

Rohit had flown back to India from the UAE after leading Mumbai Indians to their fifth IPL trophy.

After completing his rehabilitation at the National Cricket Academy, having suffered a hamstring injury, he reached Australia last month but had to quarantine for 14 days.

The Australia vs India four-match Test series is currently level at 1-1. The third Test is scheduled to be played at the Sydney Cricket Ground (SCG), starting on January 7.