Australia vs India: David Warner "Not Sure" About T Natarajan's Ability To Bowl Back-To-Back Overs In A Test Match

Australia vs India: T Natarajan was added to the Test squad for the remaining two Test matches against Australia on Friday. 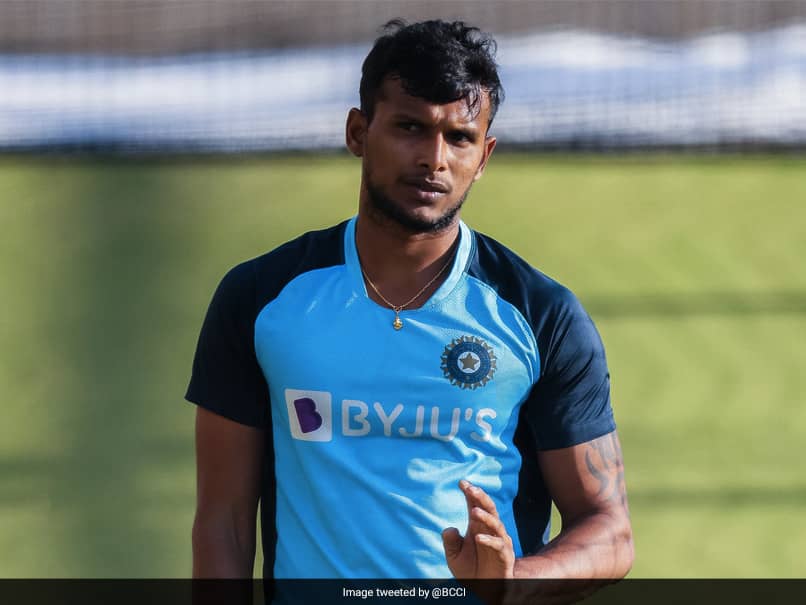 AUS vs IND: T Natarajan has replaced Umesh Yadav, who sustained a strain in his left calf muscle.© Twitter

Australia opener and Sunrisers Hyderabad (SRH) skipper David Warner praised T Natarajan, after the left-arm seamer was named in India's Test squad for the remaining two games. Natarajan, who became famous for his lethal yorkers in the death overs in the 13th edition of Indian Premier League, played under the leadership of Warner. Warner said the fact that Natarajan came as a net bowler for India and then got into the squad, that too after missing the birth of his first child is a great achievement for him. "It's a great reward for Nattu (Natarajan). The fact he came over here and missed the birth of his child. To be a net bowler and then be injected into the actual squad is a great achievement for him," said Warner while replying to a query from ANI.

"So congratulations to him, he is a very very good bowler obviously I got to see that as I captained him in the IPL. I wish him all the best and if he does get the opportunity we know he is comfortable he knows what he has to do," he added.

Earlier in December 2020, Natarajan made his debut in both T20I and ODIs and hogged the limelight after his match-winning spells.

The SRH skipper, however, has no idea how Natarajan will fare in the longest format of the game which requires bowling long continuous spells.

"I am not too sure, you all must be knowing about his Ranji trophy stats and how he delivers day in day out. I know he has the line and length to do that and the capabilities delivering that but yaa obviously back-to-back overs in a Test I am not 100 per cent sure," said Warner.

"I know a fair a bit of Siraj, given his debut and how he went probably Nattu too will be able to do the same," he added.

Natarajan was added to the Test squad for the remaining two Test matches against Australia on Friday. The left-arm pacer has replaced Umesh Yadav, who sustained a strain in his left calf muscle on Day 3 of the Boxing Day Test in Melbourne.

"The All-India Senior Selection Committee has named T Natarajan as Yadav's replacement. Ahead of the Boxing Day Test, Shardul Thakur was added to the Test squad as Mohd. Shami's replacement after the senior fast bowler suffered a hairline fracture in his right forearm. Both Shami and Umesh Yadav will head to the National Cricket Academy in Bengaluru for further rehabilitation of their injuries," the BCCI said in an official statement on Friday.