Gautam Gambhir, however, believes that Virat Kohli will end up scoring more runs than Rohit Sharma. 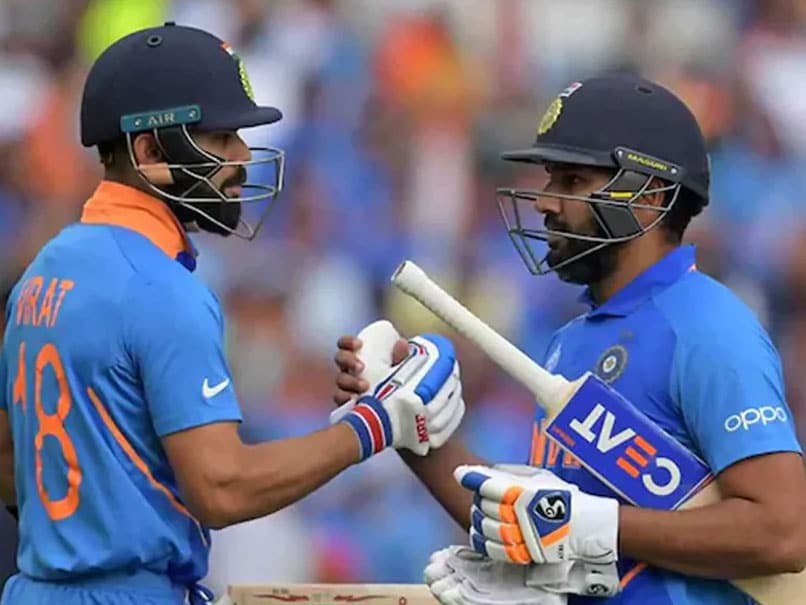 Former India opener Gautam Gambhir feels that Rohit Sharma has been able to make more impact in white-ball cricket compared to Virat Kohli despite Indian skipper's staggering statistics in shorter formats. Gambhir, however, believes that Kohli will end up scoring more runs than Rohit. "... for me white-ball cricket is all about impact. Kohli will end up getting many more runs than Rohit, and Kohli is among the greatest right now, but Rohit has an edge over Kohli because of the impact he has," Gambhir told Sports Tak, according to India Today website.

"I think he (Rohit) is the best white-ball cricketer in the world right now. He is not the greatest overall but at the moment he is the best. He is the only player to have hit 3 ODI double hundreds, 5 World Cup hundreds (in one edition) and he is also the only player, who once gets past 100-run mark, people say that he missed a double century."

Talking further about Kohli and Rohit, the 2011 World Cup winner said, "It is very difficult to compare both of them. Virat Kohli is unbelievable. His stats prove that.

"But when your reputation is such that when you get out after a hundred, people say he has missed out on double hundred, that speaks volumes about you."

The 38-year-old Gambhir, now a BJP Member of Parliament, gave credit to Mahendra Singh Dhoni for Rohit's successful career. "Where Rohit is today, it is because of MS Dhoni. One good thing about MS was that he always kept Rohit in the talks, even if was not part of the team, he was always part of the group. He never let him get sidelined," Gambhir said.

It's the backing of captain that makes or breaks a player, Gambhir said. "You can talk about the selection committee and team management, but if you do not have the backing from your captain than it is all useless. Everything is in the hands of the captain. How MS Dhoni had backed Rohit Sharma over a period of time, I do not think any player has been given such support."

Rohit made his ODI debut for India in 2007, but it was only after Dhoni promoted him as an opener in 2013 that his career turned around. He said Kohli and Rohit should groom youngsters in the current team in the same way Dhoni groomed them.

"Rohit is the prime example of how a player's fortunes can turn around if he is nurtured by the seniors. I hope the young cricketers in the current generation, be it Shubman Gill or Sanju Samson, they also get similar kind of support. "And now when Rohit is a senior, I expect him to back youngsters."