"Had Difficulties In Facing Them": Rohit Sharma Names Two Bowlers Who Troubled Him Initially In His Career

Rohit Sharma caught up Mohammed Shami during an Instagram live session on Saturday. 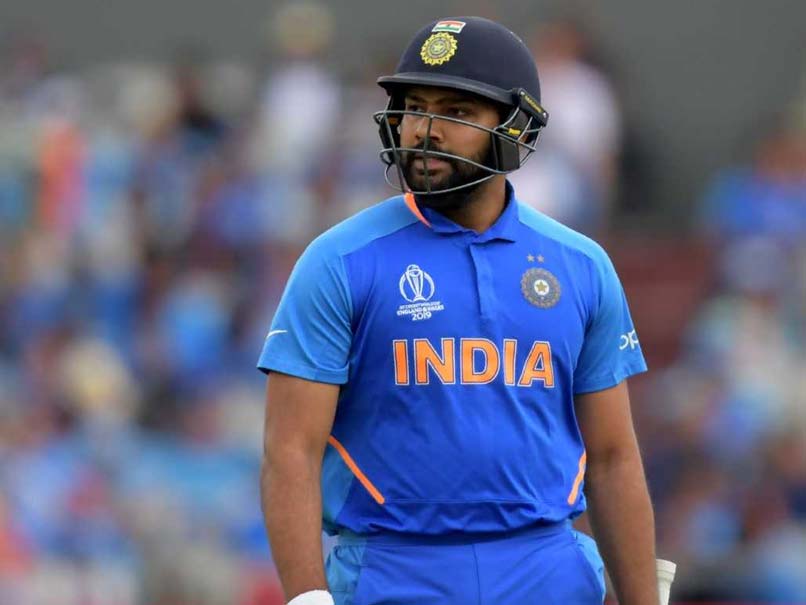 Rohit Sharma had made his ODI debut in 2007 in the tri-nation series involving Ireland and South Africa.© AFP

Opening batsman Rohit Sharmahas revealed that he had difficulties in facing both Brett Lee and Dale Steyn during the initial phase of his career. Rohit Sharma made the comments during an Instagram Live session with pacer Mohammed Shami when the latter asked the right-handed batsman to name some of his favourite bowlers. From the current lot, Rohit chose Proteas' Kagiso Rabada and Australia's Josh Hazelwood. It was then that Rohit revealed that he also had difficulty in facing Brett Lee and Dale Steyn.

"When I came into the side, the fastest bowler in the world used to be Brett Lee. In my debut ODI series, I went to Ireland to face South Africa, and Dale Steyn was pretty quick then as well. When I started playing, I really liked Lee and Steyn, I had difficulties in facing them as well," Rohit told Shami during the Instagram Live session.

"From the current lot, Rabada is a good bowler, I really like Josh Hazelwood as well, he bowls with great discipline," he added.

Rohit had made his ODI debut in 2007 in the tri-nation series involving Ireland and South Africa.

The 33-year-old is the only player in the world to have three double tons to his name in ODI cricket. He also holds the record for the highest individual score in the 50-over format as he played a knock of 264 runs against Sri Lanka at the Eden Gardens.

The right-handed batsman has scored two ODI double tons against Sri Lanka and one against Australia.

In the 2019 Cricket World Cup, Rohit Sharma finished the tournament as the highest run-scorer after registering 648 runs from just nine matches at an average of 81.00.

During the tournament, he had also become the first batsman to score five centuries in a single edition of the World Cup.

The limited-overs vice-captain has so far scored 14,029 runs across all formats.

In the longest format, he has also reinvented himself as the batsman started opening the batting in Test cricket last year.

Rohit would have been in action for the Mumbai Indians had the Indian Premier League (IPL) commenced from March 29.

Kagiso Rabada Cricket
Get the latest updates on India vs South Africa and check out  Schedule, Results and Live Score. Like us on Facebook or follow us on Twitter for more sports updates. You can also download the NDTV Cricket app for Android or iOS.