Rohit Sharma Describes Cristiano Ronaldo As "The King" Of Football

Rohit Sharma has been quite vocal about his support for La Liga giants Real Madrid and last year he even flew to Spain to watch the 'El Clasico' between Madrid and Barcelona. 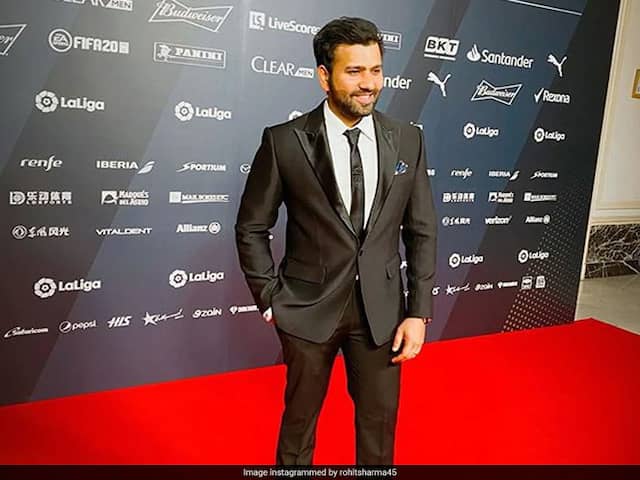 "Cristiano Ronaldo is the king," said opening batsman Rohit Sharma when he was asked whether he is a fan of the Portuguese star or not. Rohit was doing a Facebook live chat with Bangladesh opening batsman Tamim Iqbal and it was then that both players opened up about their love for Real Madrid and Ronaldo. The Indian opening batsman has been quite vocal about his support for La Liga side Real Madrid and last year, he even flew to Spain to watch the 'El Clasico' between Madrid and Barcelona in December.

When asked to say something about Ronaldo, Rohit replied: "Yes, of course. Who doesn't love Ronaldo? He is the king. What he has done with his career is simply outstanding. You have to applaud whatever he has achieved in his career".

"It is not easy because of the background that he came from. He had a very rough time at the start. I appreciate all these people who have a hard time in their career at the start, and towards the end, they have gone on to make it very big out of whatever opportunities they had," he added.

Ronaldo is the first player to win the Champions League five times.

He last won the Champions League in 2018 as he helped Real Madrid claim the title.

Ronaldo, however, now plays for the Serie A club Juventus.

In his career so far, Ronaldo has won three Premier League titles, two La Liga titles, one Serie A and five Champions League.

He first made headlines in 2003 after Manchester United signed him from Portuguese club Sporting Lisbon. He received the highest amount for a teenager at that point in time.

The striker currently has 99 international goals to his name and he would look to go past 109 goals of Iran's Ali Daei.

If he reaches the feat, he will become the top international scorer of all time.

If Ronaldo manages to reach the top of the goal-scoring charts this year in Serie A, he will become the first player in history to have been top goal-scorer in the English (Premier League), Spanish (La Liga) and Italian (Serie A) leagues.