England Legends captain Kevin Pietersen stole the show in the low-scoring match as they beat Bangladesh Legends in the Road Safety World Series on Sunday. 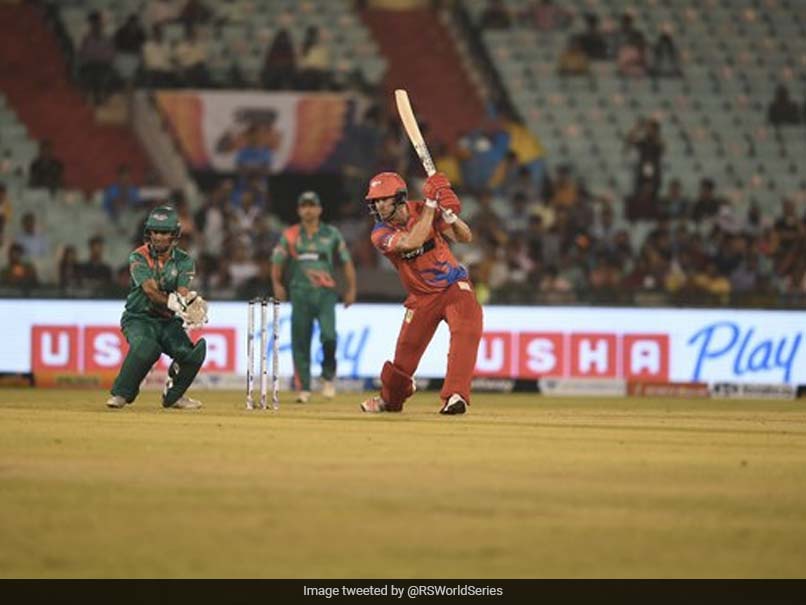 England Legends captain Kevin Pietersenstole the show in the low-scoring match as they got a maiden win in the Road Safety World Series T20against Bangladesh Legends at the Shaheed Veer Narayan Singh Stadium in Raipur on Sunday. Pietersen cracked a quickfire 17-ball 42 to help England chase down a 114-run target with 36 balls to spare. In his entertaining knock, Pietersen slammed seven boundaries and a six. Darren Maddy saw the team through to 117 in 14 overs with an unbeaten 32.

Earlier, England bowlers put up a strong show as they restricted Bangladesh to a low score of 113 for five in 20 overs. Captain Kevin Pietersen, who won the toss and elected to field, used seven bowlers to keep the opponents in check. Of England bowlers, seamer Chris Tremlett was the most successful with two wickets for 10 runs while left-arm spinner Monty Panesar, who opened the bowling, was the most economical of the lot.

Bangladesh, who lost their opening tie to India Legends, continued to struggle with the bat. Struggling for shots on a slow wicket, Bangladesh ended up throwing wickets one after another and were down to five wickets for 55 runs at one stage.

Opener Nazimuddin, who played a crucial role for Bangladesh against India with 40 runs, failed to put up a better show and was dismissed by left-arm pacer Ryan Sidebottom for 14-ball 12.

In search of a partnership, lower middle-order batsmen Khaled Mashud and Mushfiqur Rahman did the rescue act with a 56-run stand for the sixth wicket.

Both Mashud and Rahman kept a check on their shots and chose to rotate the strike to avoid another collapse.

In the end, Mashud had to return retired hurt after scoring 31 not out off 39 balls with three boundaries while Rahman got an unbeaten 30 from 26 balls and four hits to the fence.

Kevin Pietersen Monty Panesar Cricket
Get the latest updates on SA vs IND 2021-22, check out the Schedule and Live Score . Like us on Facebook or follow us on Twitter for more sports updates. You can also download the NDTV Cricket app for Android or iOS.