Ranji Trophy: Delhi chased down 347 to beat Vidarbha while Sarfaraz Khan stole the show with his maiden first-class triple-century in Mumbai's match against Uttar Pradesh. 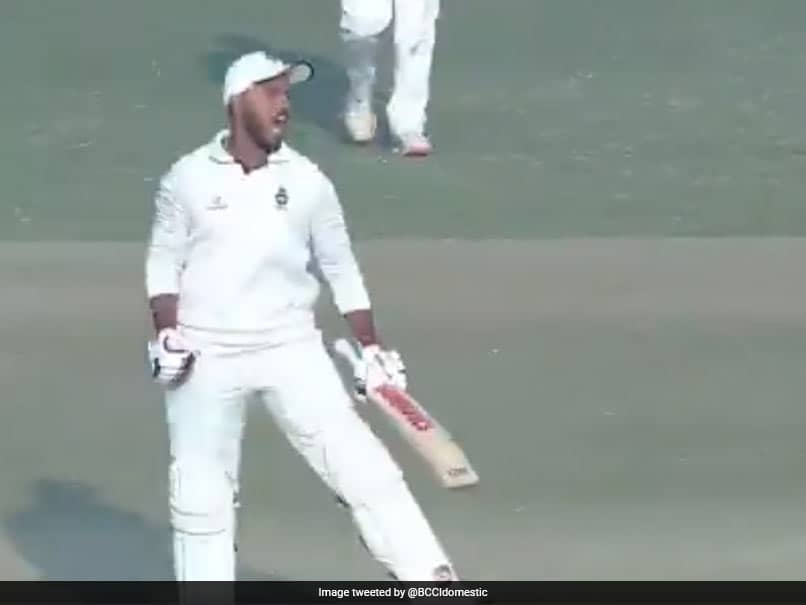 Nitish Rana displayed his T20 repertoire in full as he smashed a heroic unbeaten 68-ball 105 to help Delhi chase down a stiff target of 347 and win their Ranji Trophy group A encounter against defending champions Vidarbha at the Arun Jaitley Stadium here on Wednesday. Resuming at 10/0, Delhi played out of their skins to down Vidarbha with Rana hitting eight fours and seven sixes in his blistering knock which would make all Kolkata Knight Riders fans and staff happy.

Besides Rana, openers Kunal Chandela and Hiten Dalal scored 75 and 82 respectively and shared a 163-run opening wicket stand to set the platform for Dhruv Shorey's side.

Shorey himself scored 44 as Delhi blunted Umesh Yadav's threat with the ball and recorded a memorable win.

Meanwhile, Sarfaraz Khan brought up his maiden triple century in first-class cricket to lead Mumbai's fightback against Uttar Pradesh on day four in their Group B game. The match ended in a draw but it was Sarfaraz who stole the show as he remained unbeaten on 301 from 391 deliveries with the help of 30 fours and eight sixes.

Sarfaraz Khan's 301 not out is now the second-highest score in first-class cricket while batting at number six. The highest is by Karun Nair who hit 328 in the 2014/15 Ranji Trophy final also at the Wankhede Stadium.

Manoj Tiwary also scored a triple hundred, his first too, for Bengal two days back at Kalyani in West Bengal.

Mumbai were in trouble at 16/2 at one stage.

with Jay Bista and Shashank departing early in pursuit of UP's 625/8d.

But from there on it was the 22-year-old Sarfaraz all the way as he took charge and made mincemeat of all the bowlers.

In other matches, Maharashtra thrashed Assam by 218 runs in Group C as Jharkhand beat Uttarakhand by six wickets in another Group C game.

Gujarat humbled Punjab by 110 runs in Group A.

Comments
Topics mentioned in this article
Nitish Rana Sarfaraz Khan Cricket
Get the latest updates on India vs Australia Series, check out the India vs Australia Schedule for 2020-21 and Ind vs Aus live score . Like us on Facebook or follow us on Twitter for more sports updates. You can also download the NDTV Cricket app for Android or iOS.