Ranji Trophy: Shubham Rohilla and Shivam Chauhan added 221 runs for the third wicket to resurrect Haryana's first innings after they were reduced to 24/2 in the 8th over. 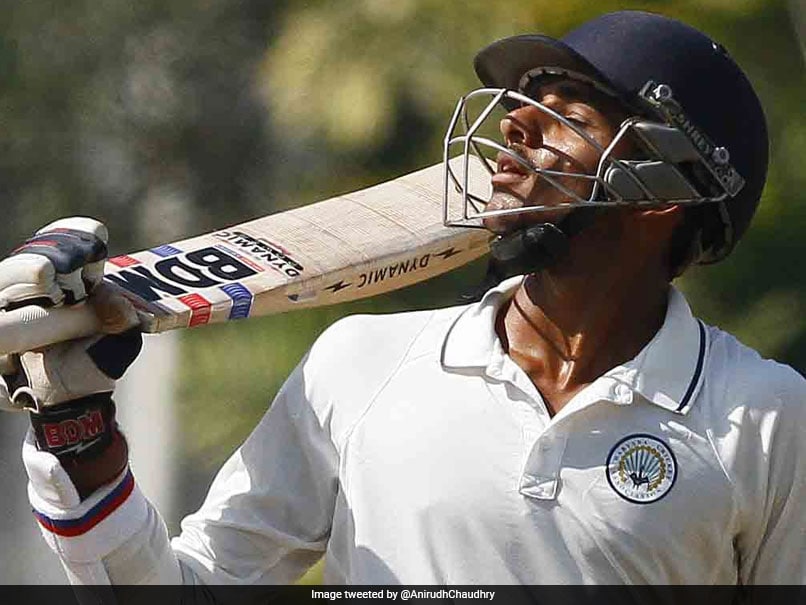 Ranji Trophy: Shubham Rohilla was unbeaten on 117 off 234 balls at stumps on Day 1.© Twitter

Opener Shubham Rohilla and middle-order batsman Shivam Chauhan scored centuries as Haryana comfortably reached 279 for three against Maharashtraon the opening day of their Group C opener at the Ranji Trophy in Rohtak, Haryana on Monday. Rohilla and Chauhan added 221 runs for the third wicket to resurrect Haryana's first innings after they were reduced to 24 for 2 in the 8th over.

Electing to bat, Haryanadidn't make a good start as opener Ankit Kumar (14) was sent packing by Samad Fallah in the seventh over, new batsman Chaitanya Bishnoi (1) too quickly walked back to the pavillion when he was dismissed by Anupam Sanklecha in the next over.

Chauhan and Rohilla then took Haryana to 50-mark in 14.4 overs. The duo continued to keep the bowlers at bay and entered the lunch break with Haryana at 127/2 in 33.6 overs.

The duo matched each other with Chauhan compiling his half century in 63 balls, while Rohilla reached the landmark in 93 balls.

Chauhan reached his century in 181 Balls, while after the break Rohilla completed his century, amassing 103 runs off 206 balls.

Haryana reached the 250-run mark in 77.5 overs before the stumps were drawn after 84 overs.

For Maharashtra, Fallah (1/42), Sanklecha (1/58) and Pradeep Dadhe claimed one wicket each.

Comments
Topics mentioned in this article
Shubham Rohilla Shivam Chauhan Cricket
Get the latest updates on IPL Auction 2023 and check out  IPL 2023 and Live Cricket Score. Like us on Facebook or follow us on Twitter for more sports updates. You can also download the NDTV Cricket app for Android or iOS.