Ramesh Powar tweeted a string of philosophical messages on his Twitter handle on Thursday. 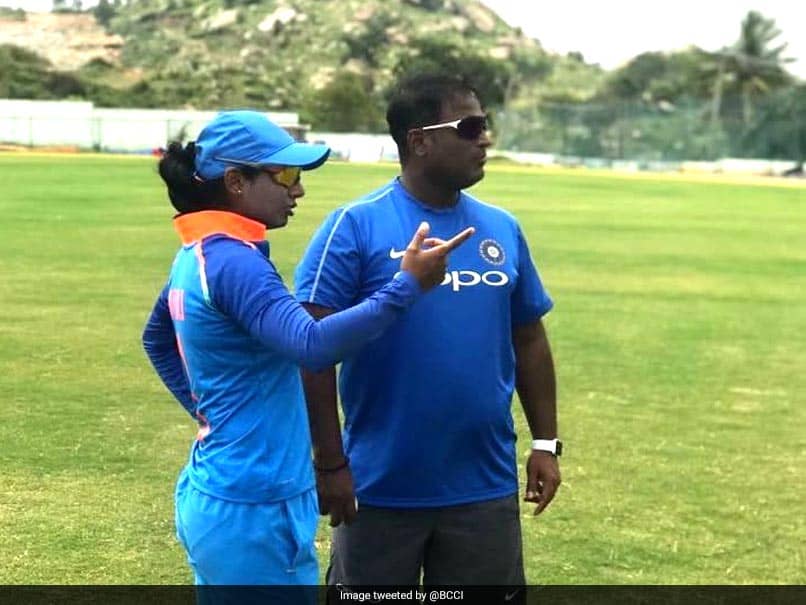 The controversy involving Mithali Raj and India women's team coach Ramesh Powar is taking jaw-dropping twists and turns with each passing day. Now here's another twist in the tale, and it involves Ramesh Powar and his official Twitter handle. Soon after alleging that Mithali Raj "blackmails coaches" and "puts her interest over the team," Ramesh Powar has tweeted several philosophical messages, and they're becoming a major talking point for those who've bumped into them on social media.

Here's a string of messages that are grabbing eyeballs on Powar's official Twitter handle.

Here's how people on Twitter treated it as fodder for trolls.

I don't how this guy got important job of head coach pic.twitter.com/KSZjNtOtfP

Shame on you & @BCCI for appointing him as a Coach..How cud he ever qualify for such a job??When he himself was a below average player.And now he gets to take shots which cost us a World Cup..Just coz his EGO is as big as his Head..We all stand with you @M_Raj03

Correct. U r the obstacle that indian cricket needs to pass by kicking u out. Look at ur own stats and the failed cricket and even more the low person u r. A miserably failed player and now failed coach and person. Look at ur fitness and skills first. A big 0

This year women's world cup obstacle was you...U n Harmanpreet should take responsibility for all this fiasco n both of you should step down

A**H*** this time whole #India will hit you..and then we will see where you turn and go..?? Just coz you are at a position u not only misused it but cost us a World Cup..Shame on You #Red Goggles A** Monkey

Earlier on Thursday, details of Powar's e-mailed report on India's performance had surfaced. He had addressed it to the Board of Control for Cricket in India (BCCI) CEO Rahul Johri and General Manager cricket operations Saba Karim. In the report, Powar had alleged that Mithali Raj had "minimum inputs in team meetings," adding, "not a single word of appreciation came from her after finishing at the top of the table."

Powar further stated that Mithali "could not understand and adapt to team plan. She ignored her role and batted for her own milestones. Lack of keeping the momentum going which was putting extra pressure on other batters. Worked really hard as a coach to address her power hitting, batting skills and running between the wickets in almost every session.

"In practice games, she was struggling to score quickly, as wickets were low bounce and slow. The intent was missing. Could not lean and execute shots due to limited ability in skills and fitness," he wrote.

"I was saddened and baffled by her attitude. It gave me an impression that for Mithali Raj she comes first and then team India. I called the team manager early in the morning and discussed the issue. I did not convey this to captain and vice-captain as I don't want them to lose their focus of most important match, India vs. Pakistan of the group stages..during breakfast on match day I told Harmanpreet Kaur and Smriti Mandhana that we will open with Mithali and they agreed. Conveyed Mithali also about her opening the innings against Pakistan."

Powar added, "We opened with Mithali Raj due to pressure from travelling selector and Mithali's threatening behavior (retirement) to go back home if not given a chance to open the innings."

India Women Mithali Raj Harmanpreet Kaur Ramesh Powar BCCI Cricket
Get the latest updates on India vs Australia Series, check out the India vs Australia Schedule for 2020-21 and Ind vs Aus live score . Like us on Facebook or follow us on Twitter for more sports updates. You can also download the NDTV Cricket app for Android or iOS.