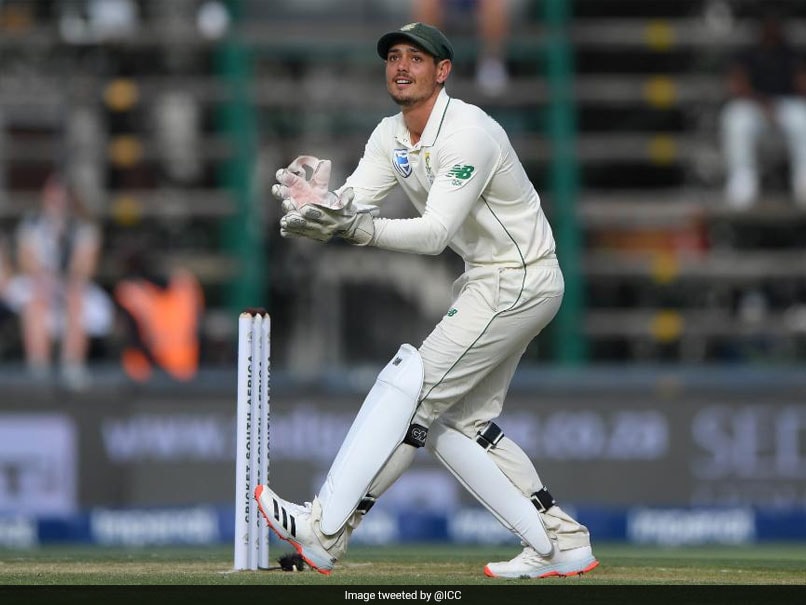 South Africa head coach Mark Boucher feels that limited-overs skipper Quinton de Kock has "too much workload to handle" and the "management will look for a new face" to lead the Test side. Proteas former Test skipper Faf du Plessis stepped down as South Africa''s T20 and Test skipper on February 17 this year. His place is yet to be filled and according to the head coach, Quinton will not lead the Proteas red-ball team. "I think Quinny''s (Quinton de Kock) workload is pretty high. He showed good results in the T20s and the One-Dayers that he's taken over. The last conversation I had with Quinny around this topic was in India where he felt that the workload was going to be a little high for him. Whoever is the captain will probably use Quinny's brain to good effect as a keeper, you see things from probably the best angle. I'm sure he'll add a lot of value just being Quinton de Kock within the Test team," Boucher was quoted as saying in the Cricket South Africa (CSA) release.

"We will look to select someone else for the Test role. One of the things that we've learned from a side like England is a guy like Eoin Morgan comes in, and he's got a lot of time to plan because he's not involved in the Test team. So, when he goes away from white-ball cricket, he's got an opportunity to sit down and plan, so when they sit down as a white ball team again, there's an obvious direction of where they want to go," the former wicket keeper said.

Boucher also said that appointing a different Test skipper will bring freshness in the limited-overs side. "Sometimes when a player and especially the captain is involved in all three formats, it can be an automatic swap from format to the other because there's not a lot of time in between. So that''s positive, you get a captain who can sit down and really plan what he wants, and he can try to drive that vision to the players, and it gives you some freshness when there's a short turnaround time between the formats," Boucher said.

The 2019-20 campaign prematurely ended in March when the virus forced Boucher and the team to cut short their limited-overs tour to India, whilst local cricket also ended abruptly a few days later.

There has been a lot of turmoil within the CSA as the South African Sports Confederation and Olympic Committee (SASCOC) asked the country's cricketing board and executive to step aside. However, the SASCOC had clarified that they are just going by the law in the country and there is no government interference of any regard.