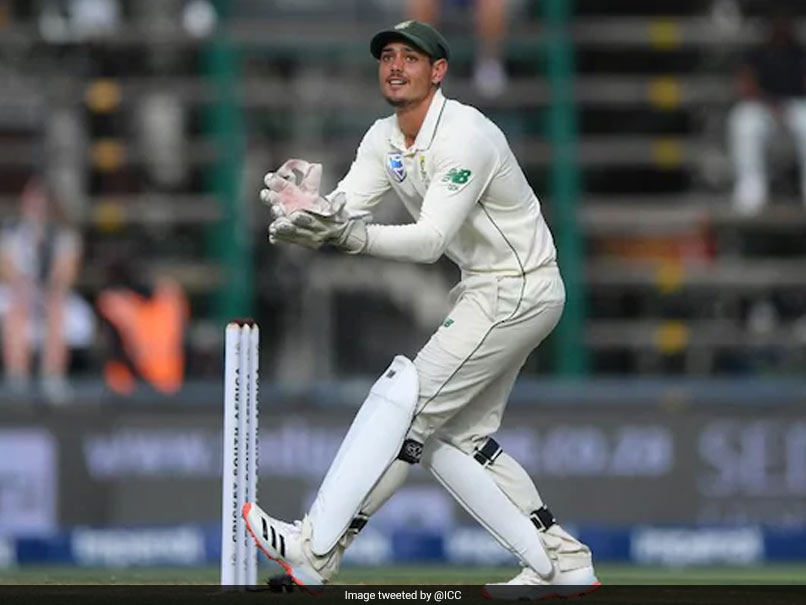 South Africa head coach Mark Boucher feels skipper Quinton de Kock could become one of the most capped Proteas players of all time. De Kock made his 50th appearance in the longest format of the game in the ongoing first Test against Pakistan in Karachi on Tuesday. Boucher, who made his debut against Pakistan in 1997, hopes De Kock will play at least another 100 games in the longest format. The former wicket-keeper batsman is South Africa's second most-capped Test cricketer after all-rounder Jacques Kallis. Boucher played 150 Tests while Kallis featured in 166 games.

"It's a special occasion for any player. It's just the start of his career. There's possibly another 100 Test matches there for him," ESPNcricinfo quoted Boucher as saying.

"Quinny is a special cricketer. He is the type of player opposition hope doesn't get into good form because he can take the game away from anyone very quickly," said Boucher.

"Being a captain is an extra [responsibility] we have added on to him. We're trying to help him out as much as we can in that department. But I'm very happy he has taken on that role," he added.

The South Africa coach hopes to see the best of the wicket-keeper batsman in the ongoing Test series against Pakistan.

"I know it's tough at times, especially if your performances aren't exactly where you want them to be. Hopefully, we can get the best of Quinny in this series. It can only be good for him as a person, a captain, and also for the team," said Boucher.

Quinton de Kock Cricket
Get the latest updates on IPL Auction 2023 and check out  IPL 2023 and Live Cricket Score. Like us on Facebook or follow us on Twitter for more sports updates. You can also download the NDTV Cricket app for Android or iOS.