Faf du Plessis was ruled out of the remainder of the tour of Sri Lanka due to a right shoulder injury. 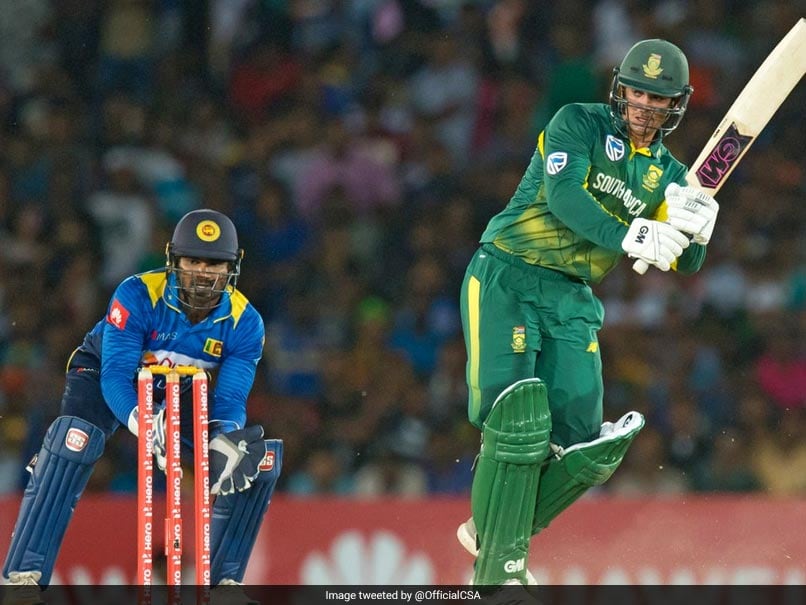 Cricket South Africa (CSA) on Tuesday named Quinton de Kock and JP Duminy as the respective stand-in captains for the remainder of the One-day International (ODI) series and one-off T20 International (T20I) against Sri Lanka. De Kock will take the reins for the last two ODI's taking place in Kandy and Colombo, while Duminy will lead the tour closing T20I in Colombo. South Africa lead the five-match ODI series 3-0. The one-off T20I will be played on August 14. "I have always found Quinton to have a good cricket brain, he understands the game," De Kock said in Kandy on Tuesday, according to CSA.

"WithFaf injured, it seems like a good opportunity and chance for him to show that side of his game as a leader for the next two games. He is someone who understands the game, he is constantly helping the captain on the field, he shows good leadership on the field even as a normal player," he added.

Duminy had earlier led South Africa T20I team in Du Plessis' absence during the three-match series against India at home earlier this season, and returns to lead the group for the one-off match next Tuesday.

Earlier, Du Plessis was ruled out of the remainder of the tour of Sri Lanka due to a right shoulder injury. He suffered the injury after falling awkwardly while attempting a catch during the third ODI at Pallekele on Sunday, and was unable to field for the rest of the match.

JP Duminy Cricket
Get the latest updates on IND vs NZ 2021, check out the Schedule and Live Score . Like us on Facebook or follow us on Twitter for more sports updates. You can also download the NDTV Cricket app for Android or iOS.