Prithvi Shaw is likely to return to Mumbai's squad for the Syed Mushtaq Ali Trophy after serving his eight-month suspension for a doping violation. 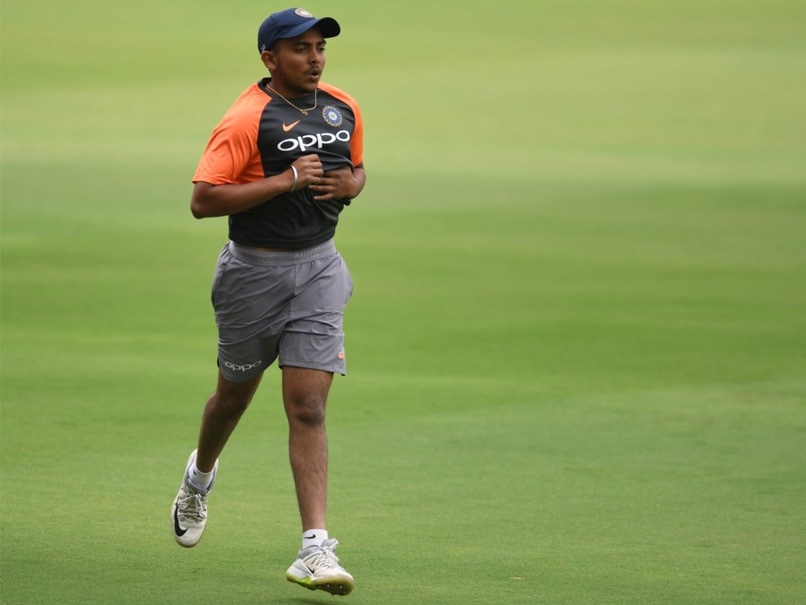 Opening batsman Prithvi Shaw is likely to return to Mumbai's squad for the Syed Mushtaq Ali Trophy after serving his eight-month suspension for a doping violation. Milind Rege, chairman of the state's ad-hoc selection panel said that Shaw's selection will certainly be discussed. "He will be free to play from (November 16), so of course he will be considered for selection. I can't make any commitment to whether he will be back, but we will certainly discuss his selection," ESPNcricinfo quoted Rege as saying.

Rege's panel has announced the squad only for Mumbai's first three matches because key players like Shreyas Iyer, Shardul Thakur, and Shivam Dube are currently part of the India squad for the T20 series against Bangladesh. Mumbai will have played six of their seven group games before Shaw becomes eligible.

Board of Control for Cricket in India (BCCI) suspended Shaw in July this year.

"Prithvi Shaw, registered with Mumbai Cricket Association, has been suspended for a doping violation. Shaw had inadvertently ingested a prohibited substance, which can be commonly found in cough syrups," BCCI had said in a statement.

The cricket governing body stated that it had recovered Terbutaline from the urine sample, provided by the cricketer during the Syed Mushtaq Ali Trophy match on February 22, 2019, in Indore.

"On July 16, Shaw was charged with the commission of an Anti-Doping Rule Violation (ADRV) under the BCCI Anti-Doping Rules (ADR) Article 2.1 and provisionally suspended pending determination of the charge. Shaw responded to the charge by admitting the ADRV but asserting that it was inadvertent, being caused by his ingestion of the over the counter cough syrup he had taken for his cough," it had added.

BCCI, in their statement, had stated that they were satisfied with the explanation given by Shaw that he had taken Terbutaline inadvertently to treat a Respiratory Tract Infection and not as a performance-enhancing drug.

The eight-month period of ineligibility began retrospectively from March 16 and will end on November 15 this year.

Dullarwar's eight-month period of ineligibility will end on November 9 while Gajraj's six-month ineligibility ended on September 25.

India Cricket Team Prithvi Shaw Cricket
Get the latest updates on ICC T20 Worldcup 2022, check out the Schedule and Live Score. Like us on Facebook or follow us on Twitter for more sports updates. You can also download the NDTV Cricket app for Android or iOS.