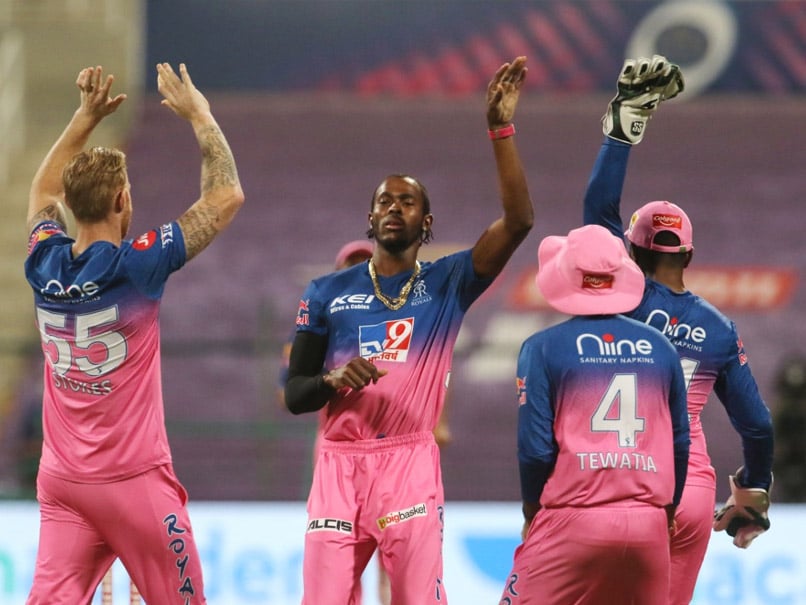 IPL Points Table: Jofra Archer is now 2nd in the race for the Purple Cap.© BCCI/IPL

Hours after Chennai Super Kings convincingly beat rivals Royal Challengers Bangalore, Rajasthan Royals beat Mumbai Indians by eight wickets to deal a knock-out blow to the MS Dhoni-led team, as they are now out of contention for a top four finish. The Royals moved up to sixth in the Indian Premier League (IPL) 2020 points table, with 10 points from 12 games after Ben Stokes's century helped them beat table-topper Mumbai Indians. Mumbai Indians remain at the top of the table, but blew the chance to extend their lead over Delhi Capitals and RCB, with the three teams having gotten 14 points each in 11 games.

Earlier on Sunday, Virat Kohli hit his 29th IPL half-century in his team's defeat to CSK as he moved up to third in the run charts.

While KL Rahul comfortably leads the race for the Orange Cap with 567 runs, DC's Shikhar Dhawan is next with 471 runs, followed by Kohli at 415.

Faf du Plessis also moved above Mayank Agarwal, who did not play in KXIP's last match, into the fourth spot.

Jofra Archer took two wickets for Rajasthan Royals to move up to the 2nd spot in the Purple Cap race. He is tied at 17 wickets with Jasprit Bumrah and Mohammed Shami, but has a better economy rate than the Indian duo.

Kagiso Rabada currently leads the wicket charts, with 23 scalps in the season.

Monday's game will see Kings XI Punjab take on Kolkata Knight Riders, as the battle for the fourth spot heats up.