Parthiv Patel helped Gujarat win their maiden Ranji Trophy title in what was a record chase in the final of the prestigious domestic cricket tournament. 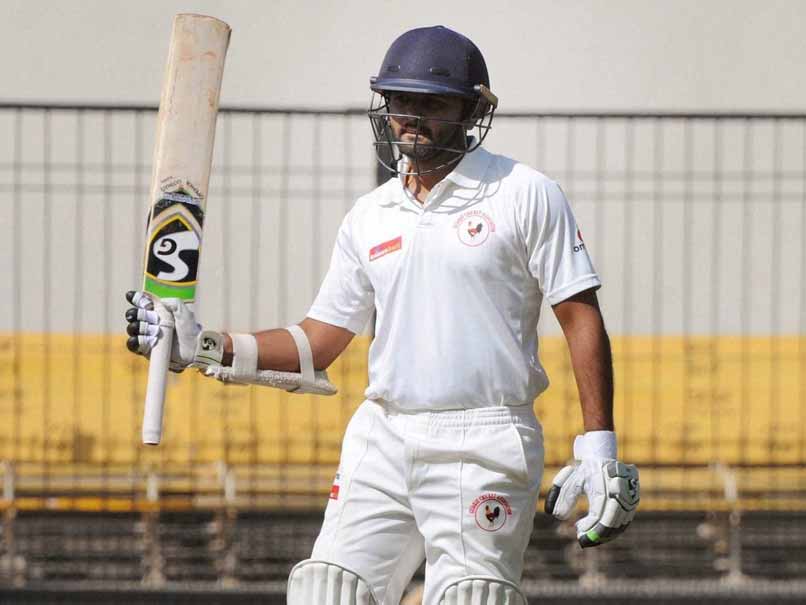 Parthiv Patel played a captain's knock to guide Gujarat to their maiden Ranji Trophy title by beating defending champions Mumbai by five wickets on Day 5 of the final at the Holkar Stadium in Indore on Saturday. The wicketkeeper-batsman smashed an unbeaten 143 runs which helped Gujarat to chase down a formidable target of 312 runs.

Resuming the day at 47 for no loss, Gujarat finally achieved the target half an hour into the final session of play. This is the highest total chased down in a Ranji Trophy final with the previous best being 310 by Hyderabad vs Nawanagar way back in 1937-38.

Gujarat have now joined an elite list comprising Holkar, Delhi, Karnataka and Haryana as the teams to defeat Bombay/Mumbai in a Ranji Trophy final. Mumbai have won the tournament 41 times, more than any other team.

Congrats! Gujarat create history. Claim their first ever #RanjiTrophy title. Moments that will stay with them forever @Paytm 2016-17 #Final pic.twitter.com/MfGpiOJH90

"It was fantastic. Winning Ranji Trophy for Gujarat was a dream for all of us. Glad that I could score a century," said Patel, who was also named the Man of the Match after scoring his 25th first class century.

"I was taking my chances and am glad that they paid off. Manprit (Juneja) played brilliantly. When we needed momentum, last evening, Priyank Panchal played well. RP Singh has worked really well with the boys. The credit should go to the young boys. As an experienced player, you have to put your hand in big games and I am glad that I put my hand up."

Gujarat have become the 17th team to win the prestigious title and will now play the Irani Cup in Mumbai vs Rest of India from January 20. The team from the western most state of India had only once reached the final way back in 1950-51 when they lost the match to Holkar.

"Parthiv played a good knock and rode his luck quite a bit. We have ourselves to blame for the catches dropped behind the wicket. I am proud of the team, the way they played this season," said Mumbai captain Aditya Tare.

Comments
Topics mentioned in this article
Parthiv Patel Abhishek Nayar Holkar Cricket Stadium, Indore Cricket
Get the latest updates on ICC T20 Worldcup 2022, check out the Schedule and Live Score. Like us on Facebook or follow us on Twitter for more sports updates. You can also download the NDTV Cricket app for Android or iOS.