Shahid Afridi said Pakistan should have played Wahab Riaz in the second T20I against England "considering his experience in the T20 format." 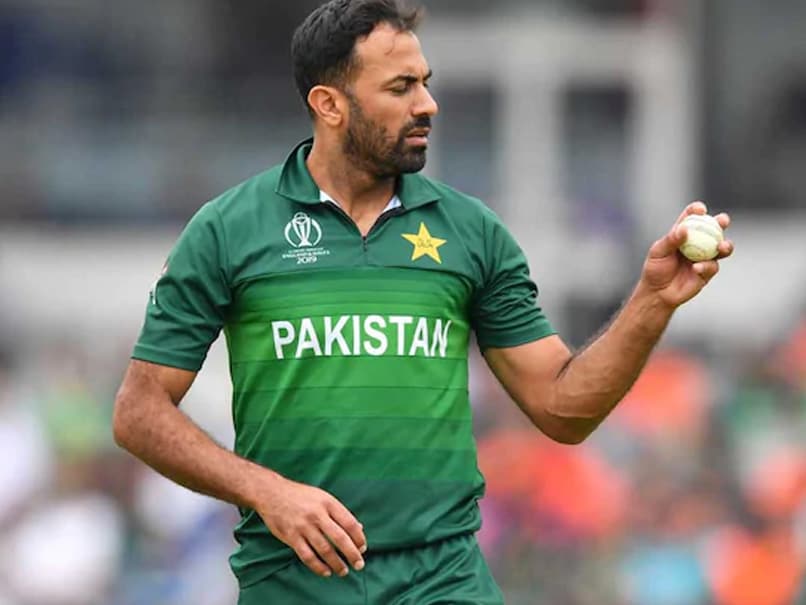 Wahab Riaz was excluded from Pakistan's playing XIs for the first two T20Is vs England.© AFP

Former Pakistan all-rounder Shahid Afridi believes that pacer Wahab Riaz should have played the second T20I against England after a ''disappointing'' five-wicket defeat at Old Trafford on Sunday. Taking to Twitter Afridi wrote, "Disappointing result, we posted a good score but the bowling failed to back the batsmen. Really feel Pakistan needed to play Wahab Riaz, if he is there he should be used considering his experience in the T20 format. Pakistan should have taken control of the game, disappointing defeat."

Disappointing result, we posted a good score but the bowling failed to back the batsmen. Really feel Pakistan needed to play Wahab Riaz, if he is there he should be used considering his experience in T20 format. should have taken control of the game, disappointing defeat.

With the win, England has gained a 1-0 lead in the three-match series. Chasing 196, the hosts got off to a brisk start as openers Jonny Bairstow and Tom Banton put on 65 runs inside the powerplay overs.

However, Pakistan staged a comeback in the seventh over of the innings as Shadab Khan dismissed Bairstow (44) and Banton (20), reducing England to 66/2.

Dawid Malan and Eoin Morgan then got together at the crease and collected 112 runs for the third wicket to take their side near the finishing line. With just 18 runs required, Morgan (66) was sent back to the pavilion by Haris Rauf.

Soon after, Shadab took the wicket of Moeen Ali (1), reducing England to 182/4. In the end, Malan (54*) guided England to a victory by five wickets with five balls to spare.

Earlier, knocks of 69 and 56 by Mohammad Hafeez and Babar Azam respectively enabled Pakistan to post 195/4 in the allotted 20 overs. Put in to bat first, Pakistan openers Azam and Fakhar Zaman provided a brisk start to the side as the duo put on 51 runs in the first six overs.

With this, the visiting side recorded their first 50-run opening partnership in T20Is since 2018.

Zaman and Azam put on 72 runs for the first wicket, and finally, their partnership came to an end in the 9th over as Adil Rashid sent Zaman (36) back to the pavilion.

Azam continued to march on and he brought up his half-century along the way. However, Azam was sent back to the pavilion by Rashid in the 13th over, reducing Pakistan to 112/2.

In the final overs, Mohammad Hafeez changed the tempo of Pakistan's innings as he hammered England bowlers for boundaries. The right-handed batsman played a fluent innings as Pakistan posted a total of 195/4 in the allotted twenty overs.

Pakistan and England will now play the final T20I of the three-match series on Tuesday, September 1. The first match of the series was abandoned due to rain.

Wahab Riaz Cricket
Get the latest updates on IPL Auction 2023 and check out  IPL 2023 and Live Cricket Score. Like us on Facebook or follow us on Twitter for more sports updates. You can also download the NDTV Cricket app for Android or iOS.