Wahab Riaz has been included in Pakistan's combined squad for their Test and T20I series in England. 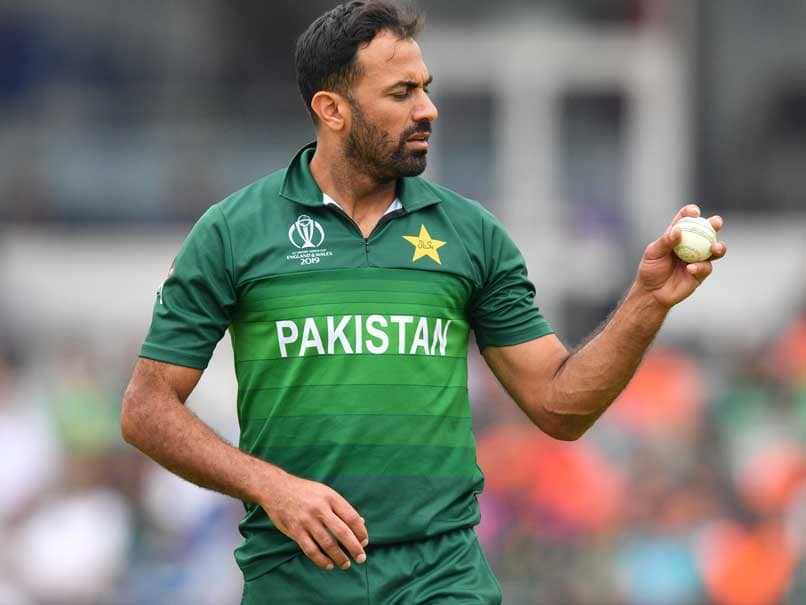 Wahab Riaz had said he was taking an indefinite break from Test cricket in 2019.© AFP

Ahead of Pakistan's England tour, pacer Wahab Riaz on Monday said he is willing to return to the Test side "if required" in the English conditions. In September 2019, Riaz took the indefinite break from red-ball cricket to focus on the shortest format of the game. He has been named in the 29-player combined squad for a series of three Tests and T20Is in England commencing from July 30. "I am very excited to be a part of this England tour. As you know this tour is being carried on in very unusual circumstances. I was called by the PCB to enquire if I am available to play Test cricket if required on a replacement basis. I straight away said yes because my priority ultimately is to play for Pakistan," Wahab said in a video conference.

The 34-year-old speedster has been in the national circuit since 2008 but hasn't quite managed a consistent run in the Pakistan team. His selection had often been based on his ability to generate reverse-swing at a high pace, and his call-ups were often conditions-dependent.

"Between 2016 and 2019, I played in patches, but even after I performed against Sri Lanka, I wasn't the part of next tour. I was called up to play against Australia midway, I was sent back by the then-management. That made me think I wasn't up to a high enough standard to play Test cricket," Riaz said.

"But that was way before Misbah and Waqar were brought in at the helm. So I had made a decision speaking with the PCB higher management that I haven't been playing ample Test cricket for a while and I voluntarily distanced myself from this format and decided to concentrate on white-ball cricket," he added.

"When I spoke to the management, they asked me not to retire completely but take time off instead. And today, in light of those discussions I am able to come back which is a good thing. I never take a decision in haste to regret later. When they communicated with me about this tour, I agreed without even thinking because this is an opportunity to represent Pakistan. The important thing is they need me and I am ready," Riaz said.