Pakistan team is scheduled to leave for the UK on June 28 to play three Tests and as many T20 Internationals starting in August. 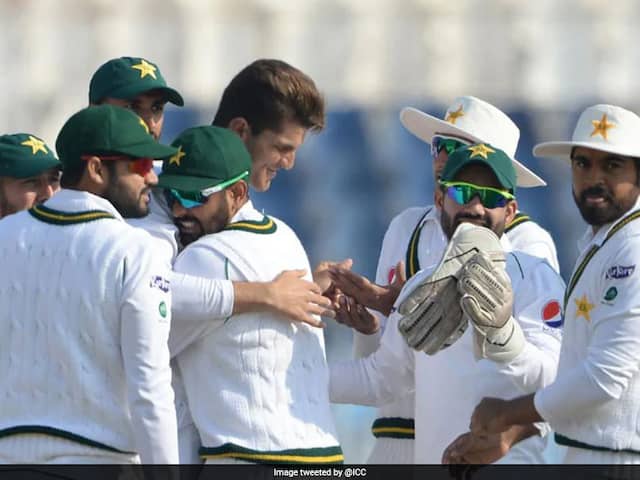 Pakistan had named a 29-member squad for the upcoming tour of England.© Twitter

West Indies pace legend Michael Holding feels that Pakistan cricket team would be "better off" touring England rather than staying put in their own country considering the spurt in COVID-19 cases there.
As many as 10 out of the 29 England-bound Pakistan cricketers have tested positive for the dreaded coronavirus but boards from both the countries insisted on Tuesday that the tour remains "very much on track". "Well, it would seem that England is safer than whatever is happening in Pakistan right now," Holding said during his YouTube show ''Mikey - Holding Nothing Back.

"They (Pakistan team) are perhaps better off coming to England as opposed to staying in Pakistan because it is even worse there. Once they get to England, they will be in a bio-secure area," he added.

Pakistan cricket team is scheduled to leave for the UK on June 28 to play three Tests and as many T20 Internationals starting in August.

A day after the Pakistan Cricket Board found him positive for the deadly virus, former captain Mohammed Hafeez claimed he has tested negative.

One of the game's finest fast bowlers, Holding spoke about the easing of restrictions in the UK, an indication that things are getting better there gradually.

"They will be reducing the six feet apart rule that was being insisted on, bringing it down to three feet or one meter apart. Things are getting a little bit easier there.

"Once they (Pakistan team) arrive, they will have to do their two weeks of quarantine as I am doing at the moment. They will be moved to a bio-secure area to make sure they are not infected. They should be ok from there on," Holding said.

Holding, however, said the people of England would not be at fault if they are having a problem with the Pakistan team visiting their country.

"If anyone should say that the tour should not go ahead, it should be the ECB or the people here in England because Pakistan is among the top countries in terms of positive tests," he said.

"I don't think there is much chance of getting it once they get here as we have seen with the West Indies team."

The West Indies team is yet to face any health related issues since they arrived in the United Kingdom.

"They haven't had any problems since they arrived. If anyone had the virus it would have shown up by now".

"So people that think the Pakistan team should not come here are probably thinking more about the England team rather than their own," he added.

Mohammad Hafeez Cricket
Get the latest Cricket news, check out the India cricket schedule, Cricket live score . Like us on Facebook or follow us on Twitter for more sports updates. You can also download the NDTV Cricket app for Android or iOS.