Chairman of selectors Chetan Sharma said that Virat Kohli was asked not to quit T20I captaincy by the selection committee. 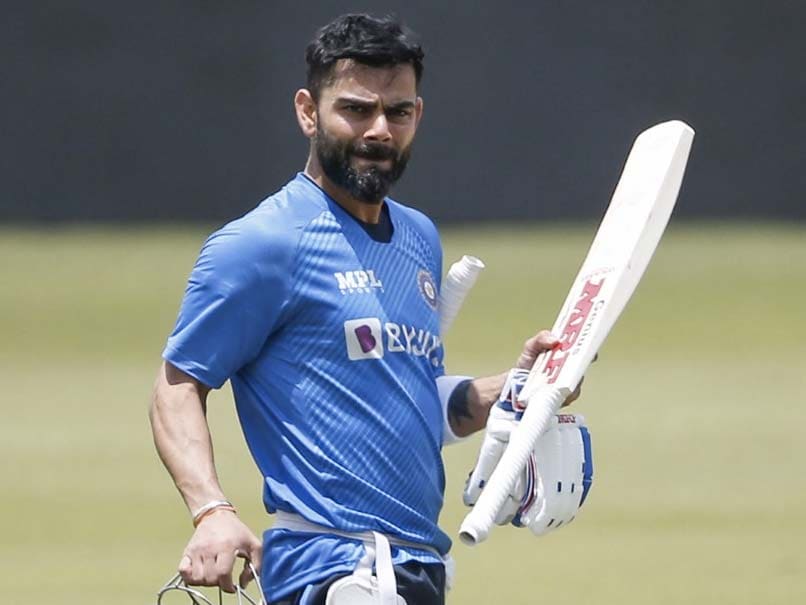 Virat Kohli was replaced as the ODI skipper after his decision to quit T20I captaincy.© AFP

Board of Control for Cricket in India's (BCCI) selection committee announced the squad for the ODI series against South Africa on Friday. KL Rahul was named captain for the series as white-ball skipper Rohit Sharma has been ruled out due to injury. After announcing the team, Chairman of selectors Chetan Sharma opened up on the controversy surrounding the ODI captaincy, which involved Test skipper Virat Kohli. Sharma said that Kohli was asked not to quit T20I captaincy by the selection committee. "When meeting started, it was a surprise for everybody. If the World T20 is round the corner and you hear something like this, what will be your reaction? Everyone present in that meeting had told him that he should think hard about his decision (to quit T20 captaincy) and we can talk about it after the World Cup," Chetan said.

In fact, everyone told him to continue for "sake of Indian cricket", but apparently, he had made up his mind.

"All selectors felt at that time that this can affect us in the World Cup. It was told to Virat for sake of Indian cricket, please continue as the captain and it was told by everybody (BCCI president Sourav Ganguly and secretary Jay Shah) present in the meeting.

"The convenors were there, board officials were there. Sabhi ne bola hai (everyone told him), Who won't tell you? If this news comes to you, you are in a shock," Chetan said.

"But since we had a World T20 to play, we never wanted it (decision) to affect team. He (Kohli) had his plans and we respect him. He is a pillar of the team and if he has taken a decision we respect it. But yes, everybody told him to think about it," he added.

Chetan Sharma's comments on Friday contradict the statement made by Kohli earlier this month.  Kohli, in an explosive press conference before departing for the tour of South Africa, had said that the BCCI had called his decision to step down as T20I captain "a progressive step".

"When I left the T20 captaincy, I had first approached BCCI and intimated them of my decision and laid down my point of view in front of them (office bearers).

"I gave the reasons why I wanted to quit T20 captaincy and my view point was received very nicely. There was no offence, no hesitation and not for once was I told that 'you should not leave T20 captaincy'," Kohli had said.

"On the contrary, the BCCI called it a progressive step and in the right direction. At that time I had communicated that, yes I would like to continue in Tests and ODIs unless office-bearers and selectors think that I shouldn't carry on with this responsibility.

"I had clarified on my call and communication to BCCI was clear. I had given that option if office bearers and selectors think otherwise, then it's in their hands (their call)," Kohli had added.

Asked about speculation about a rift between Kohli and Rohit, the chief selector said, "Don't do speculations. I was a part of the media for 20 years. I laugh at speculations. They are working together as a family, team, unit."