Hours after Steve Smith said he would be willing to lead Australia once again, coach Justin Langer has said that the side is in good hands with Tim Paine and Aaron Finch as the skipper and "there is no captaincy position available". 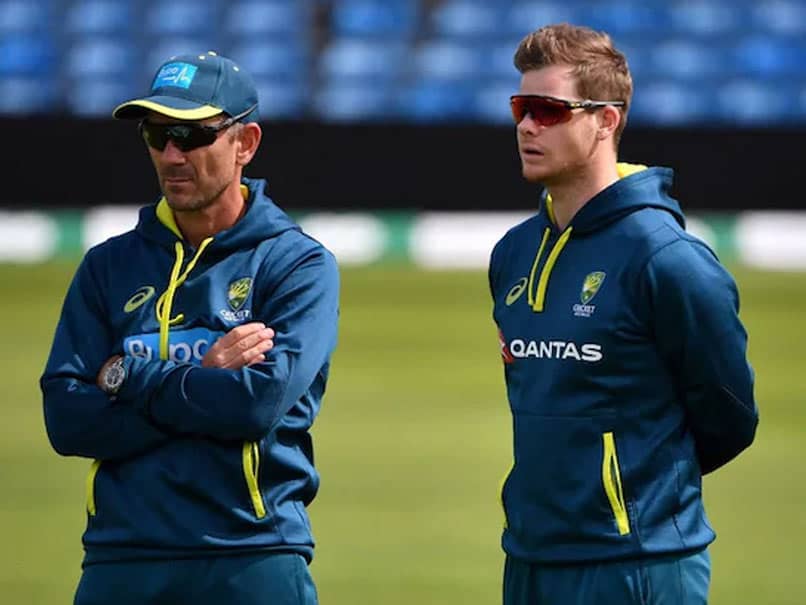 Justin Langer said there is no captaincy position available in the Australian team.© AFP

Hours after former Australia skipper Steve Smith spoke about being open to leading the national team if the opportunity does present itself in the future, coach Justin Langer has said the side is in good hands with Tim Paine (Test captain) and Aaron Finch (white-ball captain). "We have two very good captains and two important competitions coming up -- an Ashes and a T20 World Cup. Our future looks good," Langer told the ABC, as reported by Fox Sports.

"Despite the media chatter there is no captaincy position available," he added.

On Monday, Smith for the first time came out to talk about his keenness to lead Australia once again if given the chance. Smith was removed as the captain once he confirmed his involvement in the ball-tampering incident in the Cape Town Test against South Africa in March 2018.

"I've certainly had a lot of time to think about it and I guess now I've got to a point where if the opportunity did come up again, I would be keen," Smith had told News Corp.

"If it was what Cricket Australia wanted and it was what was best for the team at the time, it's certainly something I would be interested in now, that's for sure," he added.

Smith was banned from international cricket by Cricket Australia for one year along with opening batsman David Warner for their involvement in the Sandpaper Gate. Cameron Bancroft was also handed a nine-month suspension.

"Time keeps moving forward, and I've learnt so much the last few years about myself and grown as a human being. I feel as though I'd be in a better place if the opportunity did come up. If it doesn't, that's fine as well and I'd support whoever is in charge the same way I've supported Tim and Finchy. I haven't always felt like I wanted to do it again. That's only come in the last little bit," said Smith.

Ever since Australia lost the home series against India, Tim Paine has coped severe criticism and there have been calls to replace the Test skipper.

Smith will next be seen in the upcoming Indian Premier League (IPL), beginning April 9. The right-handed batsman will represent Delhi Capitals in the cash-rich league.