No decision yet on Mohammad Akram as bowling coach: PCB

Confusion prevailed over appointment of pacer Mohammad Akram as the new bowling coach of the Pakistan team with a PCB official denying any such development even as the news appeared on a cricket website on Sunday. 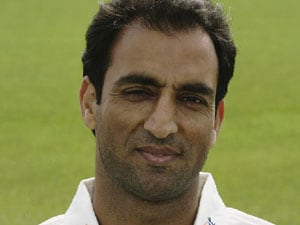 Confusion prevailed over appointment of pacer Mohammad Akram as the new bowling coach of the Pakistan team with a PCB official denying any such development even as the news appeared on a cricket website on Sunday.

The news credited to sources had appeared on a cricket website that Akram had been appointed coach but when contacted PCB media manager, Nadeem Sarwar said: "We are surprised to see this news because until now a decision has not been made on the new bowling coach."

He said the committee appointed to review prospective candidates for the bowling coach post had yet to finalise and shortlist probables for approval of the Chairman.

But a Pakistan-based website claimed that the PCB has chosen Akram as the Pakistan bowling coach.

"The PCB chose Akram because he has a good rapport with the current group of Pakistani cricketers; they know him and he has experience of Pakistan's domestic cricket and of county cricket," the website quoted a PCB source.

The source further added that the new bowling coach will not just train the national team bowlers but will be expected to work with "the bowlers at the National Cricket Academy as well as at grass roots level with emphasis on grooming and preparing the next generation of fast bowlers for Pakistan."

The PCB has been on the lookout for a new bowling coach since Aaqib Javed resigned in February after the England series to join the UAE team as head coach.

Earlier this week Pakistan's former fast bowler, Shoaib Akhtar also said he was interested in becoming the national team coach if the board spoke to him about it.

But a member of the committee entrusted with the responsibility to recommend candidates ruled out Akhtar insisting he was not qualified for the post.

"Our two basic requirements are that the candidate must be a level three coach and secondly have five years of coaching internationally and Shoaib does not meet both these requirements," he said.

Interestingly, the last two coaches of the Pakistan who had successful tenures -- former test players, Waqar Younis and Mohsin Khan -- have both not done level three courses or have had the experience of coaching internationally for five or more years as now asked by the board.

The board appointed Australian Dav Whatmore as national team head coach in March this year in place of Mohsin Khan who guided Pakistan to a 3-0 test win over England after series wins over Sri Lanka and Bangladesh.

Comments
Topics mentioned in this article
Cricket Hasan Mohsin Khan Zulqarnain Haider Shahid Afridi Mohammad Akram Waqar Younis
Get the latest updates on ICC T20 Worldcup 2022 and CWG 2022 check out the Schedule, Live Score and Medals Tally. Like us on Facebook or follow us on Twitter for more sports updates. You can also download the NDTV Cricket app for Android or iOS.