Sachin Tendulkar and VVS Laxman have been served 'conflict of interest' notices because of straddling roles in the IPL and the CAC. 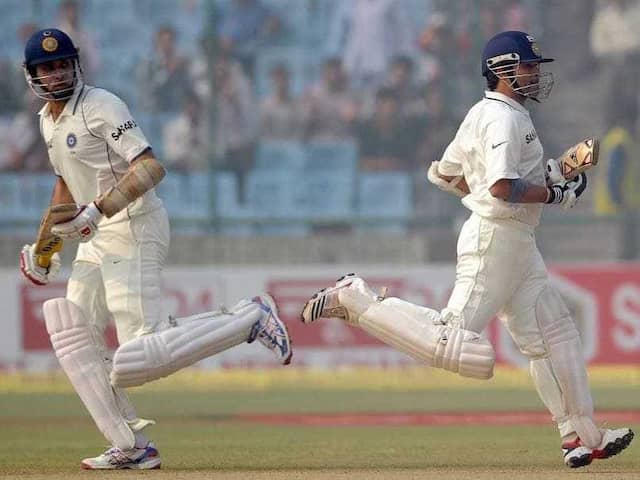 The Supreme Court-appointed Committee of Administrators (CoA) have decided that there will be no representation from the Board of Control for Cricket in India (BCCI) when Ombudsman D.K. Jain hears the matter of conflict against the Mumbai Indians mentor Sachin Tendulkar and Sunrisers Hyderabad mentor V.V.S Laxman. Speaking to IANS, CoA chief Vinod Rai said that the board in future would only act as point of reference. "BCCI will only act as point of reference to provide the ombudsman with a clear picture on the issues," he said.

This is after eyebrows were raised since CEO Rahul Johri was present during the meeting of Jain with Delhi Capitals (DC) advisor Sourav Ganguly earlier this month. In fact, Johri had even presented BCCI's take on the whole issue of conflict raised against the former India skipper for being a part of the board's Cricket Advisory Committee (CAC) as well as being the advisor of DC.

Clearly the same protocol will now not be followed when Tendulkar and Laxman present their cases to the ombudsman.

A senior BCCI official said it was high time that the CoA realised that they were making a mockery of the concept of the Ombudsman by sending BCCI representatives to the hearings rather than just sending reference documents.

"Having a representative during the Ganguly meeting with the ombudsman was absurd. The very idea of having an Ombudsman was to ensure an absence of bias in these proceedings which are in the nature of an inquiry. If someone is being sent to the meetings, one might as well do away with the ombudsman because the presentation of those reference points come with an inherent bias.

"Say, if the Rahul Johri matter is given to the ombudsman then will he assist as a person of reference? Can you rule out the chance that the reference points that were given (in Ganguly's matter) were not being given keeping in mind that his own case may come up in the future and knowing that any precedent set there would affect him too? Where is the need for physical reference? Providing documents is enough, and that too when asked for," the official said.

Sachin Tendulkar VVS Laxman BCCI Cricket
Get the latest Cricket news, check out the India cricket schedule, Cricket live score . Like us on Facebook or follow us on Twitter for more sports updates. You can also download the NDTV Cricket app for Android or iOS.