After testing negative for coronavirus, Alexander Zverev had released a statement vowing to self-isolate, only to be spotted at a busy bar, apparently over the weekend, in footage that went viral. 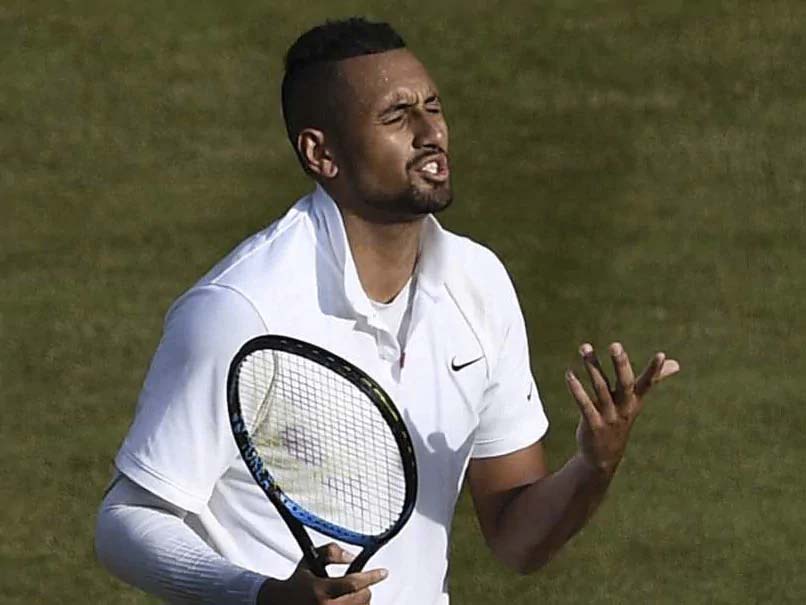 Nick Kyrgios lashed out at Alexander Zverev after he was seen partying despite promising to self-isolate.© AFP

Nick Kyrgios let rip at "selfish" fellow tennis star Alexander Zverev Monday after the German was seen partying despite promising to self-isolate following Novak Djokovic's coronavirus-hit Adria Tour. Zverev was part of the exhibition event organised by the world number one where social distancing was minimal, matches took place in front of thousands of fans and players were even seen at a nightclub, despite the pandemic. Djokovic, Grigor Dimitrov, Borna Coric and Viktor Troicki all subsequently tested positive for COVID-19.

While Zverev tested negative, he released a statement afterwards vowing to self-isolate, only to be spotted at a busy bar, apparently over the weekend, in footage that went viral.

Kyrgios, who had slammed the decision to hold the Adria Tour as "bone-headed", said he was unhappy with the behaviour of some of the biggest names in the sport.

"So I wake up and I see more controversial things happening all over the world. One that stuck out for me was seeing 'Sacha' Zverev again man, again, again, how selfish can you be?" he said on Instagram Monday.

The flamboyant Australia added: "This tennis world... seriously how selfish can you all get?"

Zverev and Kyrgios, two of the most exciting players on tour, have history.

Ahead of this year's Australian Open, Zverev unloaded on Kyrgios, who had provocatively performed push-ups when the German was serving double faults during the ATP Cup.

"I think there's a lot of young guys that are right now, no offence, just better than him," said Zverev, playing down Kyrgios's chances of winning a Grand Slam.

Novak Djokovic Cricket
Get the latest updates on IPL Auction 2023 and check out  IPL 2023 and Live Cricket Score. Like us on Facebook or follow us on Twitter for more sports updates. You can also download the NDTV Cricket app for Android or iOS.