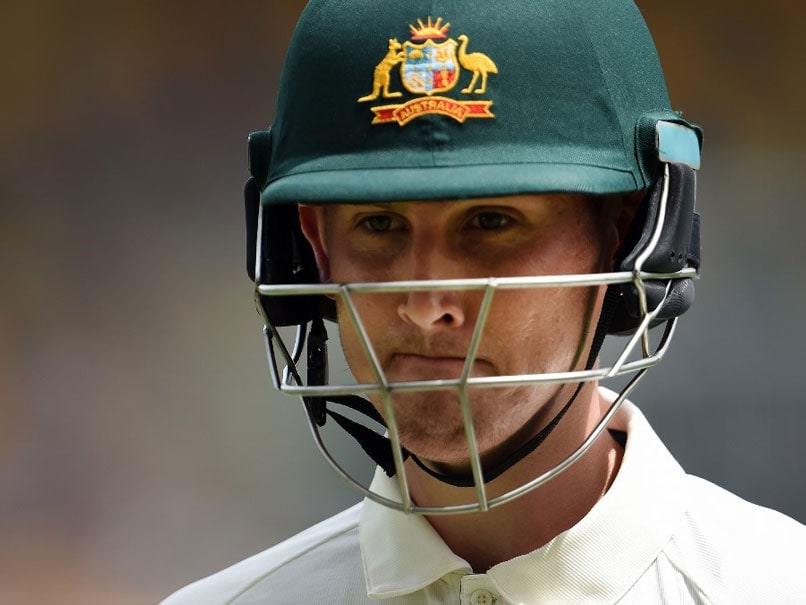 Nic Maddinson will be replaced by Cameron Bancroft for the three-day match against Pakistan.© AFP

Nic Maddinson on Saturday pulled out of Australia A's clash against Pakistan in Perth on mental health grounds, all-but ruling him out of contention for a berth in the Test squad. The middle-order batsman's decision comes barely a week after Glenn Maxwell withdrew from Australia's Twenty20 team to deal with similar issues. Cameron Bancroft will replace Nic Maddinson for the three-day match against Pakistan at Perth Stadium from Monday. "Nic has made the right decision and we are all behind him," said Australia A coach Graeme Hick.

"It is braver to speak up than to suffer in silence and I applaud Nic for having the courage to put his health first."

His withdrawal almost certainly rules him out of the opening Test against Pakistan in Brisbane later this month, with the Australia A game widely seen as a final chance to impress selectors.

It opens the door to Travis Head or rising star Will Pucovski, who has also struggled with mental health issues in the past, to stake their case.

"Mental health is a challenge faced by Australian communities and elite sporting organisations and cricket is no different," he said.

"Like other professional sports we are working very hard to better understand the challenges faced by our players and staff so we can support them."

Glenn Maxwell Cricket
Get the latest updates on SA vs IND 2021-22, check out the Schedule and Live Score . Like us on Facebook or follow us on Twitter for more sports updates. You can also download the NDTV Cricket app for Android or iOS.