Glenn Maxwell "Not Losing Sleep Over" Test Spot At The Moment

Glenn Maxwell feels the team has turned the corner in T20I cricket in the last one and a half years, and with the World Cup in a year's time they need to hold on to the form. 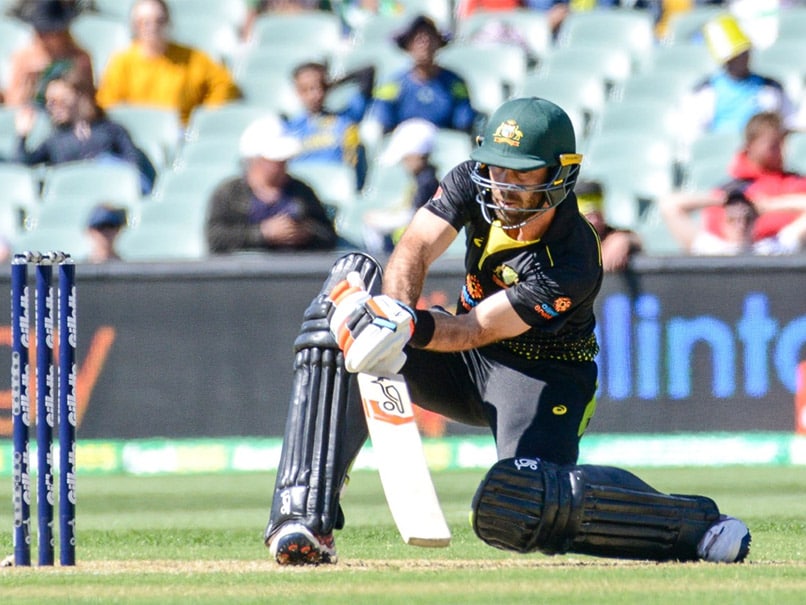 Australia senior batsman Glenn Maxwell feels the team has turned the corner in T20I cricket in the last one and a half years, and with the World Cup in a year's time they need to hold on to the form. "For the last 18 months to two years, I feel like we've probably turned a corner and results have massively improved," Maxwell told ESPNcricinfo. "I think that's reflected in the way we've actually started looking at T20 cricket. We've starting looking at 'alright, let's start, instead of picking our one-day side and turning it straight into our T20 side, let's pick more specialists for this', which is I think giving guys specialist roles as well, not just roll out the same batting line-up or whatever.

"Now we've actually got specialist roles for T20, which is nice, and I think with that change and mindset, results have changed a little bit for us. I think especially guys nutting out their roles and knowing where they fit into the side is a massive thing. Even simple things like fielding positions and where you run to in the field in between overs. When you get that right, it can all just look like clockwork and everyone knows what they're doing.

"All of a sudden, you've just got extra time up your sleeve, Finchy (Aaron Finch, the captain) can relax a little bit at the back end, know guys are in the right spot and not have to stress about anything. The more you play with these guys and the more you're moulding around each other, it can just become a little simpler for each other."

There has been a huge influx of new faces in the T20 team from the Big Bash League like Ashton Agar, Michael Klinger, Billy Stanlake, Ashton Turner, D'Arcy Short, Mitchell Swepson, Jack Wildermuth and Ben McDermott.

There is also a leadership presence in the side with several members of the squad having captained their respective BBL sides.

Maxwell, though, feels Aaron Finch should be allowed to have his space and manage things his way as too many cooks could spoil the broth.

"You've got to be careful I think, especially with this format," he said.

"You don't want to have too many voices coming at the captain, because there's so little time as well. You don't want three or four guys going to him at different times with different ideas. You've got to let him have his time to think, talk to the bowler and leave them to it. If he comes to you at a break or at a wicket, you answer him, give him honest whatever, let him deal with it, but only if he asks you.

Maxwell smashed a 28-ball 62 in Australia's season-opening first T20I against Sri Lanka which they won by 134 runs.

Talking about his own place in the side across formats, he said: "I haven't even sought out clarity or anything about Test stuff," he said. "I'm not overly too worried about it because I know I'm probably not next in line, so what's the point in thinking about it right now? I've got to be making big hundreds, big scores. And until I even start making some of them, there's no real point in me asking. If you average 30 for the season, there's no point in asking 'when am I going to play Test cricket for Australia'.

"I know there's still a fair bit of work to do for me to get back in that Test side. It's not something I'm losing sleep over at the moment."

Australia will take on Sri Lanka in the second T20I in Brisbane on Wednesday.

Glenn Maxwell Cricket
Get the latest updates on T20 World Cup, check out the T20 World Cup Schedule and Live Score . Like us on Facebook or follow us on Twitter for more sports updates. You can also download the NDTV Cricket app for Android or iOS.