New Zealand vs England: Daryl Mitchell will replace the injured Colin de Grandhomme in the second Test in Hamilton. 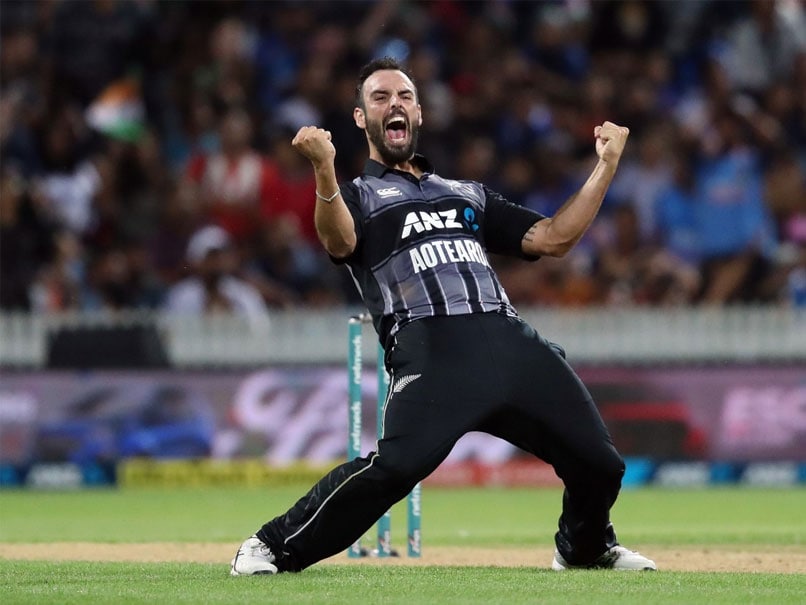 Just weeks after cheering England's win over New Zealand at the Rugby World Cup, Daryl Mitchell has been named to make his cricket debut for New Zealand in the second Test against England on Friday. The all-rounder is the son of John Mitchell, the former All Blacks coach who is now an assistant under Eddie Jones with England, who beat New Zealand in the Rugby World Cup semis. He will replace the injured Colin de Grandhomme in Hamilton, but New Zealand have delayed a decision on whether Matt Henry or Lockie Ferguson will come in for injured bowling spearhead Trent Boult.

With New Zealand looking for a clean sweep after winning the first Test by an innings and 65 runs, senior batsman Ross Taylor said the weather and pitch conditions before the second and final Test will determine the bowling line-up.

Taylor also had no doubt that Mitchell, who has previously played Twenty20 internationals for New Zealand, would slot successfully into the Test team.

New Zealand's player depth "is definitely the best it's every been in my career", Taylor said.

"When I first started out, when we had a guy on debut we hoped the player would do well but now I think we expect the player to do well."

With a Test cap to his name Mitchell will go a step further than his father, who played six mid-week tour matches but no Tests for the All Blacks before turning to coaching and taking New Zealand to third at the 2003 Rugby World Cup.

Daryl Mitchell has admitted he had mixed feelings when England beat New Zealand in the World Cup semi-finals in Japan. They lost to South Africa in the final.

"It's a strange watch, to be fair. Your whole life you grow up supporting the All Blacks, but at the same time you want your old man to do well," the 28-year-old Daryl told Stuff.co.nz after England won 19-7.

"At the end of the day, I wanted the old man to do well. To get a chance to win a World Cup final is pretty cool. The whole family is supporting him."

Mitchell has played nine Twenty20 internationals for New Zealand. In first-class cricket at domestic level, the right-hand batsman and medium-fast bowler averages 35.6 with the bat and 33.5 with the ball.

Seddon Park, Hamilton
Get the latest updates on IPL 2021, check out the IPL 2021 Schedule and Indian Premier League Live Score . Like us on Facebook or follow us on Twitter for more sports updates. You can also download the NDTV Cricket app for Android or iOS.