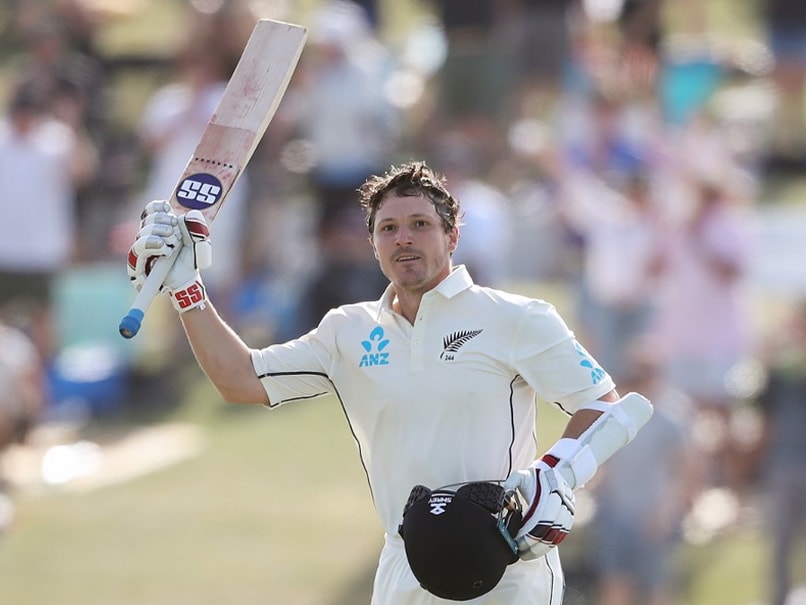 A gritty BJ Watling, New Zealand's go-to man when the chips are down, produced an unbeaten 119 to put New Zealand ahead of Englandin the first innings of the opening Test on Saturday. After rescuing his country as he has done many times in the past, Watling was at a loss to explain his ability to produce his best when New Zealand are in trouble. "It just kind of happens" he offered at stumps on day three in Mount Maunganui, after guiding the Kiwis to 394 for six to lead England by 41.

He toiled under a blazing sun for almost seven hours to notch his eighth Test century and pull New Zealand up from a precarious 197 for five.

"I love scoring hundreds for New Zealand and I really enjoyed that one," he said.

"I know I didn't want to field today... so that ws driving me.

"I think I'm very limited and try and play to how I know best works for me."

Much of Watling's innings-saving mission was in partnership with Colin de Grandhomme in a 119-run stand for the sixth wicket and followed by an unbroken 78 with Mitchell Santner, who was 31 not out at stumps.

When de Grandhomme joined Watling after the dismissal of Henry Nicholls for 41 before lunch, New Zealand's top five were out and they were still 156 runs behind England's 353.

The tourists were feeling they were heading for a comfortable first innings lead, but Watling patiently chipped away at the deficit.

De Grandhomme, meanwhile, characteristically punished anything loose -- with a six and seven fours as he raced to 65.

Stokes was surprisingly kept out of the attack through the onslaught until the first ball after tea, when he had instant success.

De Grandhomme slashed at a wide delivery which Dom Sibley grasped one-handed in the gully, and the New Zealand all-rounder returned immediately to the dressing room.

Watling, carrying on with Mitchell Santner as his partner, levelled the scores turning Sam Curran to the fine-leg boundary and then put New Zealand ahead with a single through square leg.

Despite fears from both sides the previous day that the Bay Oval pitch would start to deteriorate during its debut Test, the surface offered little support for the fast bowlers, although Somerset spinner Jack Leach was able to extract some turn.

Watling has been involved in three of the six best New Zealand partnerships for the sixth-wicket.

He scored 124 when partnering Brendon McCullum in a 352-run stand -- then a sixth-wicket world record -- to save a Test against India in 2014.

The following year he broke that record in a 365-run effort with Kane Williamson against Sri Lanka, and a few months later scored a century at Leeds in a famous win against England.

Against Sri Lanka in August, New Zealand won the second Test to square the series when Watling scored an unbeaten 105 in a 113-run sixth-wicket stand with de Grandhomme.

Henry Nicholls Cricket
Get the latest updates on IPL 2021, check out the IPL 2021 Schedule and Indian Premier League Live Score . Like us on Facebook or follow us on Twitter for more sports updates. You can also download the NDTV Cricket app for Android or iOS.