Shakib Al Hasan was hit on his left ring finger while batting in the final of Bangladesh Premier League 2019. 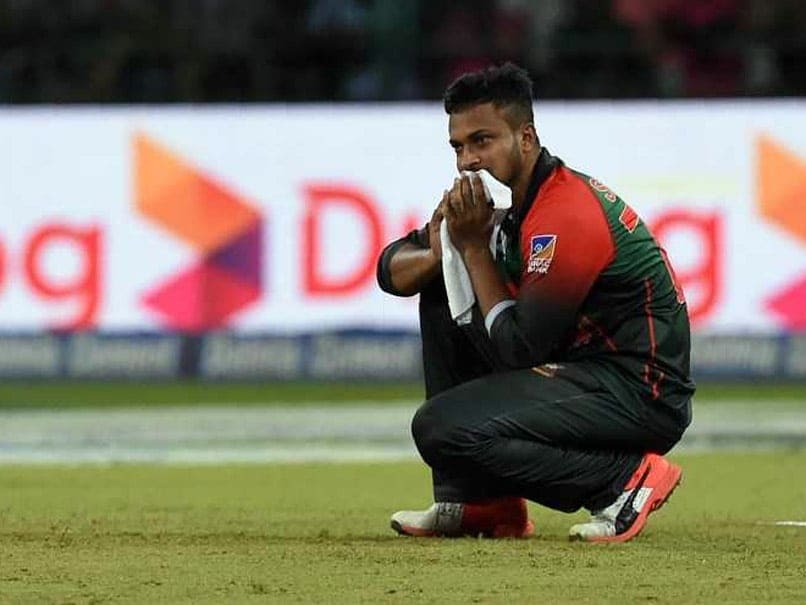 Shakib Al Hasan will miss the ODI series vs New Zealand due to a fractured finger.© AFP

Bangladesh have suffered a massive injury blow ahead of their One-Day International (ODI) series against New Zealand. On Saturday, Bangladesh Cricket Board (BCB) said that star all-rounder Shakib Al Hasan will miss the three-match ODI series in New Zealand due to a fractured finger. The 31-year-old was hit on his left ring finger while batting against Sri Lanka's Thisara Perera in the final of Bangladesh Premier League 2019 on Friday evening. The three ODIs between New Zealand vs Bangladesh will be played in Napier, Christchurch and Dunedin on February 13, 16 and 20 respectively.

An X-ray following the match confirmed a fracture, and the finger will "have to be immobilised for around three weeks," said senior BCB physician Debashis Chowdhury.

Shakib impressed in the sixth edition of the Bangladesh Premier League, ending the T20 tournament as the highest wicket-taker with 23 scalps. The left-hander also made key contriutions with the bat for his team Dhaka Dynamites, scoring a total of 301 runs.

This was the second injury blow for Bangladesh ahead of the visit, which features three one-day internationals and three Tests.

Pace bowler Taskin Ahmed was earlier ruled out for the entire series with a torn ligament and had been replaced by Shafiul Islam for the ODIs and uncapped Ebadot Hossain for Test series.

Several Bangladeshi cricketers have already left Dhaka for the three-match ODI series that starts in Napier on February 13.

Shakib missed much of the action in 2018 following an injury to his left little finger.

He was not fully fit until the home series against West Indies in November-December.

Bangladesh have not won any match against New Zealand in any format during their previous four visits.

Taskin Ahmed Cricket
Get the latest updates on IPL 2021, check out the IPL 2021 Schedule and Indian Premier League Live Score . Like us on Facebook or follow us on Twitter for more sports updates. You can also download the NDTV Cricket app for Android or iOS.