Taskin Ahmed Gets Married, Fans Troll Him And Wife

Taskin Ahmed and Sayeda Rabeya Nayeem were at the receiving end on social media after the couple tied the knot a week back. 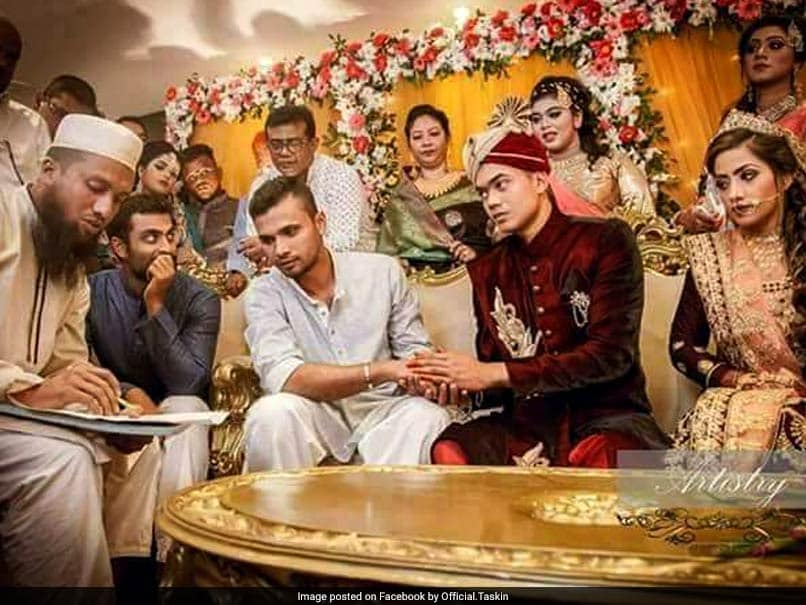 Bangladesh seamer Taskin Ahmed tied the knot with his childhood friend Sayeda Rabeya Nayeem a week back and while it was a very special moment for the young Bangladeshi pacer, fans in Bangladesh were not too happy with the 22-year-old getting married so early on in his life. The couple were at the receiving end on social media as fans took to Facebook to express their disappointment but some took it to a new low by speaking ill about his wife.

While some said it was a "shameful" event, others said that they were not too impressed with his wife.

Taskin had a forgettable tour in South Africa. The young seamer went wicketless in the first Test while he was dropped in the second Test. Taskin only managed to pick up a couple wickets in the entire tour as Bangladesh lost the Test series 2-0 which was followed by a 3-0 drubbing in the ODIs. The T20Is weren't any different as the visitors lost 2-0 there as well.

Comments
Topics mentioned in this article
Bangladesh Cricket Team South Africa Cricket Team Taskin Ahmed Cricket
Get the latest updates on IPL 2021, check out the IPL 2021 Schedule and Indian Premier League Live Score . Like us on Facebook or follow us on Twitter for more sports updates. You can also download the NDTV Cricket app for Android or iOS.