National Women's One Day Championships: Led by Mithali Raj, Railway chased a target of 168 with ease against Jharkhand to win the title. 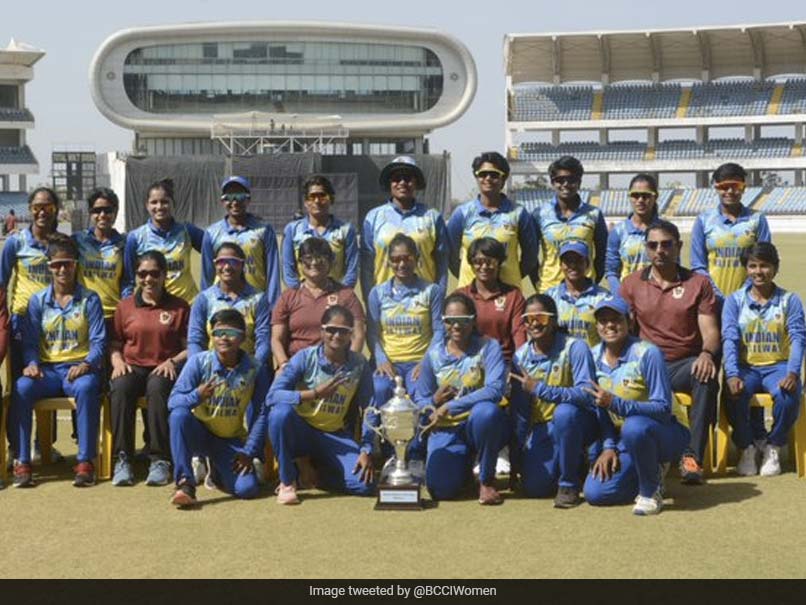 The formidable Indian Railways once again annexed the National One Day Championships title with a crushing seven-wicket victory over Jharkhand in the final, on Sunday. Out of 14 editions of National One Dayers, Railways women have won 12 titles in as many appearances in the summit clash, which is a testimony to their dominance in women's cricket. Such was Railways' control on the proceedings that they chased the paltry target of 168 in only 37 overs and without needing their best batter Mithali Raj to even come out from the cooler confines of the dressing room.

India international Punam Raut's patient 59 off 94 balls laid the platform for all-rounder Sneh Rana to finish the game in a jiffy, smashing 34 not out off 22 balls.

Apart from her breezy knock, Rana was also the most successful Railways bowler taking 3 for 34 with her handy off-breaks.

It was a thoroughly professional performance in all departments from Railways after Jhakhand opted to bat.

As many as six Jharkhand batters couldn't cross the double figures while three couldn't even open their accounts.

Railways stuck to their strength as Raj deployed five spinners in her six-bowler attack.

The only medium pacer Meghna Singh (2/22 in 7 overs) provided breakthroughs off successive deliveries in the seventh over dismissing Ritu Kumari (0) and Radhey Sonia (0).

Indrani Roy (49 off 77 balls), Jharkhand's best batter in the tourney, wasn't at her fluent best on the day as she could hit only three boundaries.

Just when she looked set, Rana got her stumped by Team India keeper Nuzhat Parween. Durga Murmu (31) and skipper Mani Niharika (39 not out) were the other significant contributors for Jharkhand.

Jharkhand were 130 for 5 at one stage on the 39th over, looking good for a total closer to 200 but they lost their last five wickets for 37 runs.

While chasing, opener S Meghana (53 off 67 balls, 6x4s) and Raut (11x4s) added 107 runs for the second wicket in 25 overs. While Meghana was more attacking in her strokeplay, it allowed senior-pro Raut to play her natural game of grinding out the opposition.

Both were dismissed in quick succession but Mona Meshram (19 not out) and Sneh added 45 runs in less than seven overs to seal the deal. Rana hit five fours and a six while Meshram also got a maximum.

Comments
Topics mentioned in this article
Mithali Raj Cricket
Get the latest updates on ICC Women's Cricket World Cup 2022 and IPL 2022, check out the Schedule , Live Score and IPL Points Table. Like us on Facebook or follow us on Twitter for more sports updates. You can also download the NDTV Cricket app for Android or iOS.