Vijay Hazare Trophy 2021: Ricky Bhui top-scored for Andhra with an unbeaten knock of 57 runs in their win over Jharkhand 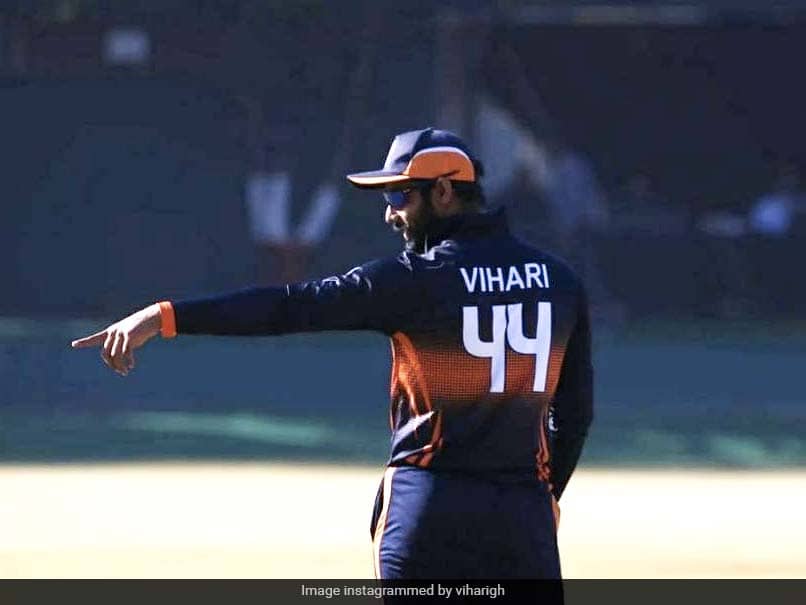 Andhra outplayed Jharkhand by seven wickets to emerge on top of Group B in the Vijay Hazare Trophy cricket tournament on Sunday, pipping Tamil Nadu and Jharkhand. Madhya Pradesh opener Venkatesh Iyer missed out on a well-deserved double ton as he was run out two runs shy of the mark in his team's big 105-run win over Punjab. Andhra, Tamil Nadu, Jharkhand and MP finished equal on 12 points from five matches but Andhra emerged on top thanks to higher net run-rate and secured a place in the knockout phase. Tamil Nadu, Jharkhand, MP (all 12 points) finished second, third and fourth followed by Punjab (8 points) and Vidarbha (4).

Tamil Nadu defeated Vidarbha by five wickets, chasing down the target of 151 in 11.2 overs to improve their net run-rate. However, Andhra overhauled Jharkhand's score of 139 in just 9.5 overs to nose ahead on NRR.

Sent in to bat, Jharkhand struggled with only four batsmen reaching double figures. Skipper Ishan Kishan made 38 (68 balls, 3 fours), the highest score while medium-pacer M Harishankar Reddy was impressive with a four-wicket haul for Andhra.

Ashwin Hebbar (44) and Ricky Bhui (57) went on the attack from the start with the Jharkhand bowlers having no respite. The duo added 82 in 5.5 overs before Hebbar fell to Shahbaz Nadeem (1/26). Bhui continued with his aggressive ways and despite losing captain Hanuma Vihari (4), he saw the team home in the company of Naren Reddy (16 not out).

In another match, off-spinner B Aparajith (3/10) and medium pacers J Kousik (3/22) and M Mohammed (3/33) starred as Tamil Nadu bundled out Vidarbha for 150 in 41 overs. A few of the Vidarbha batsmen got starts but could not quite go on to make a big score as the TN bowlers kept a tight leash.

In reply, skipper Dinesh Karthik (19), opening the batting, fell in the third over going for quick runs but N Jagadeesan smashed a 18-ball 48-run knock and helped Tamil Nadu post a win in 11.2 overs with Mohammed (37) weighing in with a quickfire knock.

Meanwhile, Madhya Pradesh rode on a blistering innings of 198 by Venkatesh Iyer to post a massive score of 402 for 3 in 50 overs before restricting Punjab to 297 in 42.3 overs.

Abhishek Sharma hammered his way to 104 from just 49 balls but his effort went in vain.

Comments
Topics mentioned in this article
Hanuma Vihari Ishan Kishan Cricket
Get the latest updates on IPL 2021, IPL Points Table , IPL Schedule 2021 , live score . Like us on Facebook or follow us on Twitter for more sports updates. You can also download the NDTV Cricket app for Android or iOS.