Two 19-year-olds Naseem Shah and Haider Ali have been called up to the Pakistan squad for England T20Is. 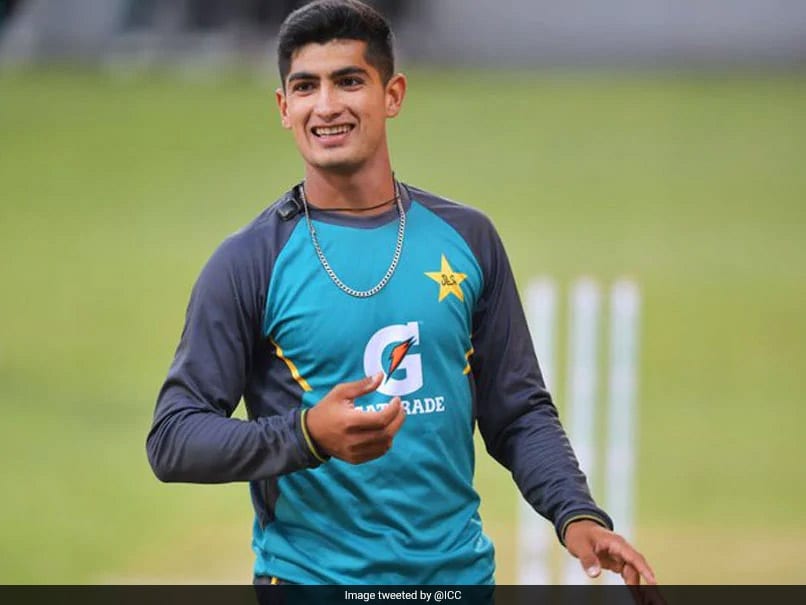 Naseem Shah has played six Tests for Pakistan since his debut in 2019.© Twitter

The Pakistan Cricket Board (PCB) on Friday named a 17-member squad for their upcoming T20I series against England starting from August 28. The Babar Azam-led team will play three T20Is behind closed doors, in a bio-secure environment at Olf Trafford, Manchester. Mohammad Amir and Wahab Riaz have returned to the squad. "This is mostly the same team which has been featuring in the shortest format for us. Besides retaining the core, we have inducted youngsters like Haider Ali, who has performed well in the HBL PSL, U19 and first-class cricket, and Naseem Shah as we had an opportunity to keep a bigger pool due to Covid-19 pandemic, which also increases our options," said Pakistan head coach and chief selector Misbah-ul-Haq in an official statement.

"Usually, the T20I team comes together for a brief period but due to the current situation most of the players have been here with us for more than a month and it has provided us a good opportunity to work on the development of the team and the young players," he added.

Pakistan are currently playing a three-match Test series against England. The hosts lead the series 1-0. The T20I series will begin three days after the scheduled last day of the final Test.

Sarfaraz Ahmed Cricket
Get the latest updates on IPL Auction 2023 and check out  IPL 2023 and Live Cricket Score. Like us on Facebook or follow us on Twitter for more sports updates. You can also download the NDTV Cricket app for Android or iOS.