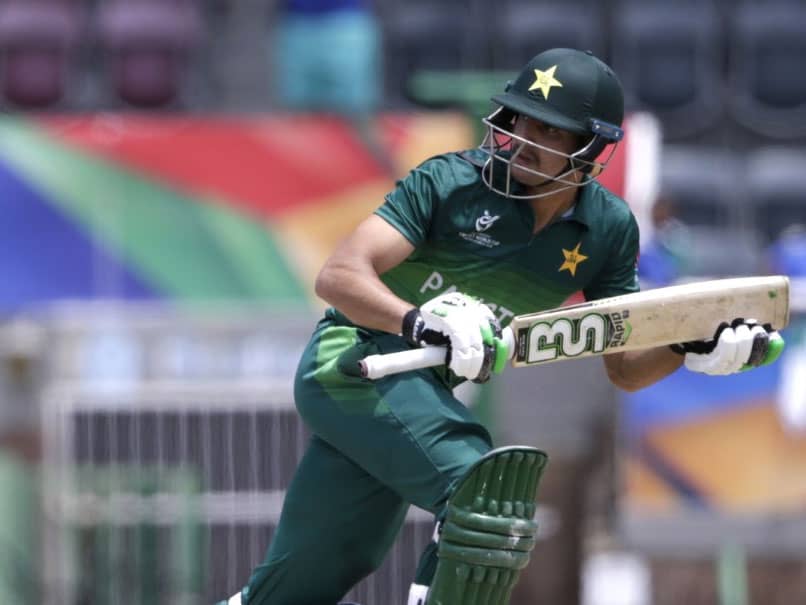 Pakistan's new batting star Haider Ali said Thursday that Indian cricketing great Rohit Sharma is his role model. The praise comes even though bitter rivals India and Pakistan seldom play each other, and as political tensions remain high. "Rohit Sharma is my role model because of the way he gives the Indian team a start. It's amazing," the 19-year-old Haider told reporters.

"Whether it's a Test, one-day international or a Twenty20, he comes with a thinking and takes the attack to the bowlers. I want to give the same start to the Pakistan team."

Haider broke into Pakistan's 29-member squad for the forthcoming England tour following several notable performances - including a losing half-century against India in the semi-final of the ICC Junior World Cup in South Africa earlier this year.

Matches between India and Pakistan stalled in the wake of the 2008 terror attack in Mumbai, although the old foes face off occasionally in multinational events.

India's Rohit has soared in recent years, having hit three double-hundreds in one-day internationals, including a world record 264.

He also holds the record for hitting the most sixes in Twenty20 internationals - a staggering 127.

Pakistan are scheduled to head to England next week to spend 14 days in quarantine before playing the first Test in Manchester from August 5.