MS Dhoni Will Not Impose Himself On Indian Team, Says Ravi Shastri

India team head coach Ravi Shastri said that MS Dhoni will play the 2020 Indian Premier League (IPL) and will take a call on his future after that. 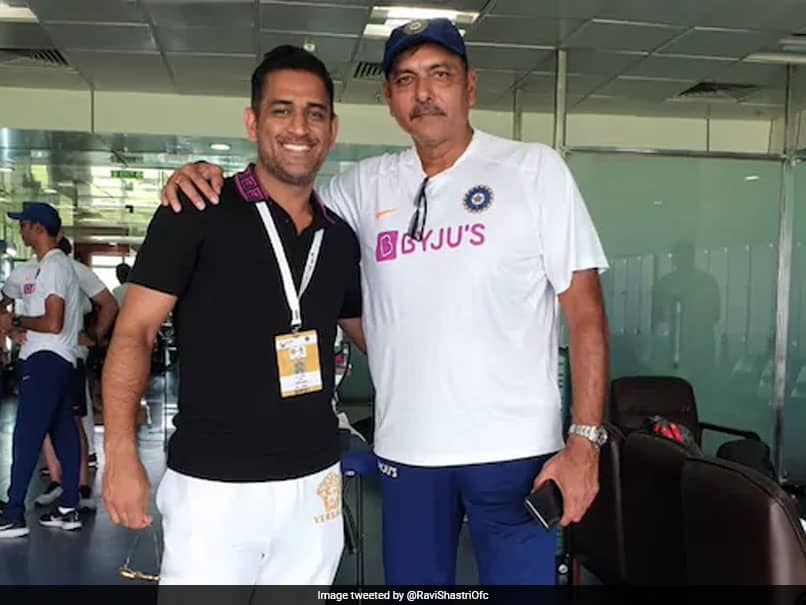 Ravi Shastri said no one should "mess around with" the plans of MS Dhoni.© Twitter

MS Dhoni is on a sabbatical from cricket since India's World Cup exit in July 2019 and has missed limited-overs series against South Africa, Bangladesh and the West Indies. Amid rising speculations on his retirement, the former India captain recently broke his silence and said, "don't ask me till January". India team head coach Ravi Shastri believes that MS Dhoni will play the 2020 Indian Premier League (IPL) and will take a call on his future after that. Ravi Shastri believed no one should "mess around with" the plans of MS Dhoni.

"That guy is a legend. The last thing he will want is to impose himself on an Indian team, having known him. He is wanting to take a break but he is going to play the IPL," Shastri said in an episode of India Today Inspiration.

"The amount of sport he has played... if he puts himself in contention... if he feels after the IPL that 'I am good enough to play for India', don't mess around with that," Shastri added.

"There is clarity, but certain things cannot be said on public platform. There is absolute clarity on MS Dhoni and you'll find out in time," Ganguly said.

"There's transparency between the Board, MS and the selectors. When you deal with such champions - MS Dhoni is an unbelievable athlete for India - certain things have to be kept within the closed doors. It's very transparent and everybody knows where they stand," Ganguly added.

MS Dhoni Ravi Shastri Cricket Sourav Ganguly
Get the latest updates on India vs Australia Series, check out the India vs Australia Schedule for 2020-21 and Ind vs Aus live score . Like us on Facebook or follow us on Twitter for more sports updates. You can also download the NDTV Cricket app for Android or iOS.